In 2015, familiar threats to human rights and human rights philanthropy continued. As conflicts persisted in countries like Syria, South Sudan, and the Central African Republic, the number of refugees fleeing violence and hunger soared. Extremist groups perpetrated mass violence from Nigeria and Egypt, to Kenya and France, including the targeted killing of staff from the French magazine Charlie Hedbo. Threats to closing civic space intensified as more countries adopted laws targeting and restricting organizations that work to hold governments accountable, including the funders that back them, often under the pretext of counterterrorism.

Despite these many concerns, we saw inspiring advances for human rights around the world across a range of issues. Women in Saudi Arabia voted and stood for election for the very first time, and the governments of the Gambia and Nigeria outlawed female genital mutilation. The Supreme Court in the United States legalized same sex marriage, while the Irish people did so through a historic popular vote. Cuba and the U.S. restored diplomatic ties after more than five decades, and Iran signed a deal to curb its nuclear program. At the end of the year, nearly 200 countries reached the landmark Paris Agreement on climate change to mitigate global warming.

Against this backdrop, in 2015 foundations allocated a total of $2.4 billion in support of human rights. 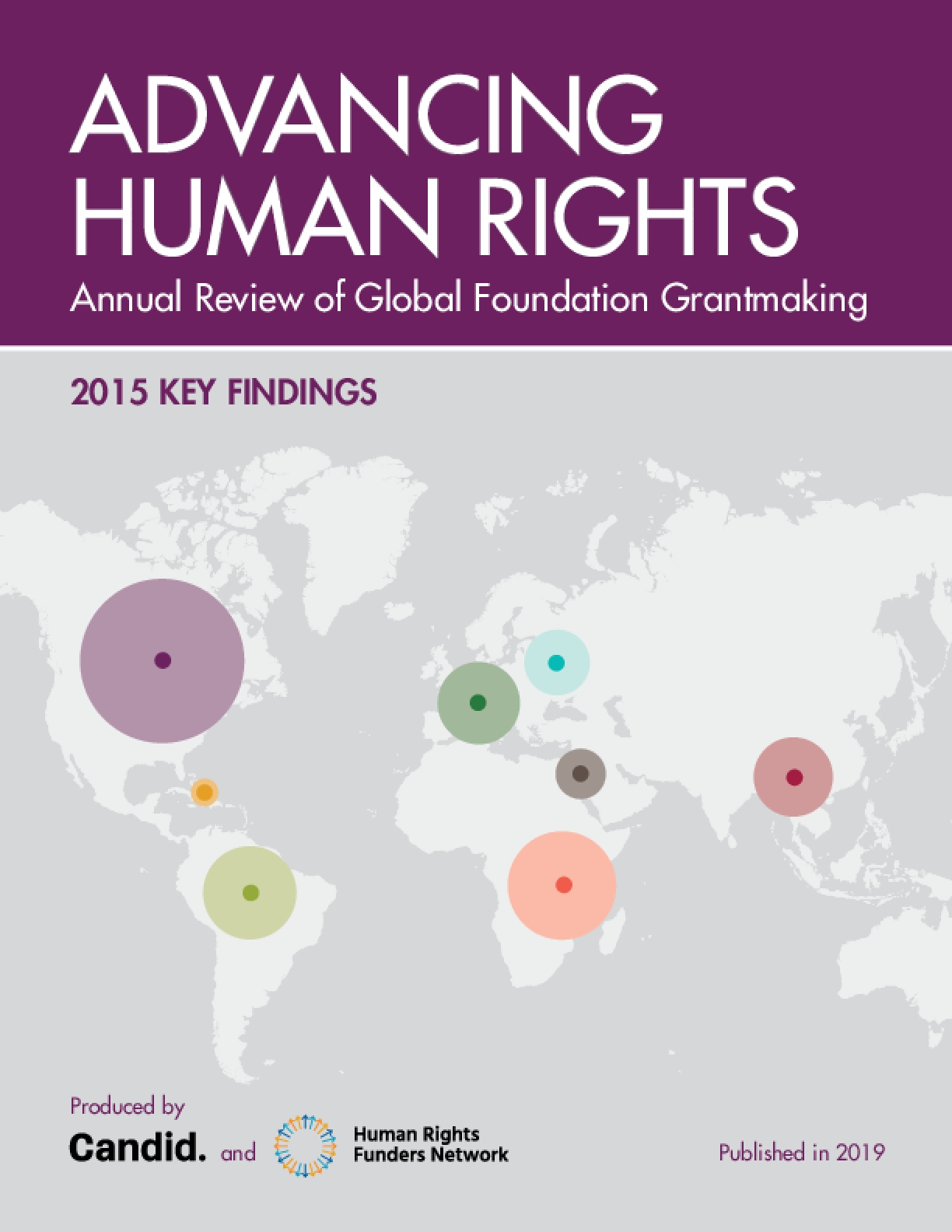