In the wake of April's marches for science and climate in Washington and around the country, Americans are divided in their support of the events' goals and their sense of whether it will make a difference. In particular, a new Pew Research Center survey finds that most Democrats and younger adults are convinced that these public events will help the causes of scientists. By contrast, Republicans and older adults believe the marches will not raise public support for scientists, aid efforts to increase government funding of science, enhance the role of scientists in policy debates or lead to increased efforts to combat global climate change. 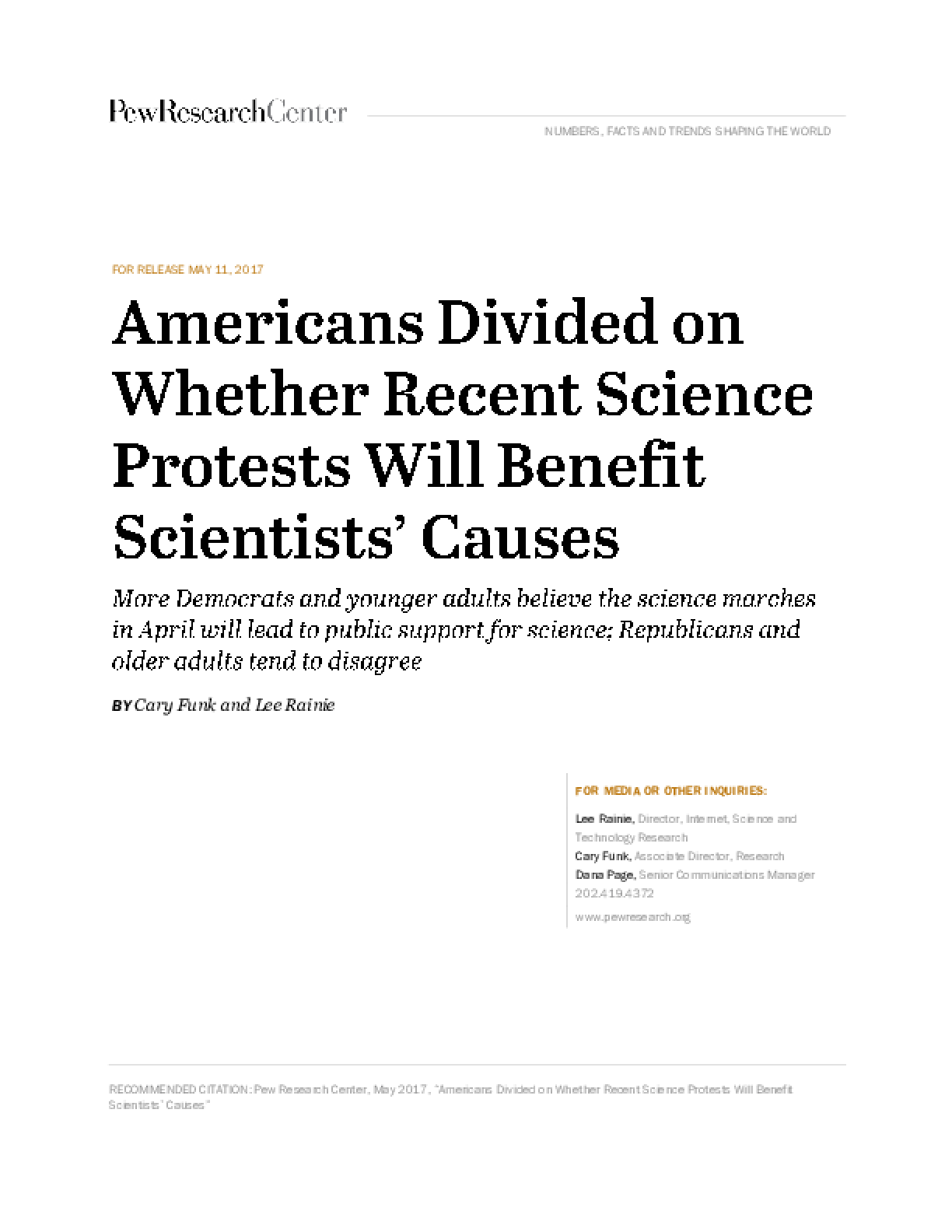