In addition, parents also see health benefits that are critical, given the unmet health needs of people with intellectual disabilities.

The evidence from these studies clearly illustrates that Special Olympics enables people with intellectual disabilities to demonstrate and experience sports competence and suggests that gains in self-confidence, self-esteem, employment and socialization can carry beyond Special Olympics.

For example, more than half (52 percent) of adult Special Olympics athletes have jobs. While reliable data about the employment status of the general population of adults with intellectual disabilities are hard to come by, values as low as 10 percent have been cited. This suggests a strong relationship between Special Olympics participation and the ability to be employed.

Overall, the rationales for participation are similar to other athletes at various levels and in various programs. Even those who leave Special Olympics due to life changes overwhelmingly express their satisfaction with their Special Olympics experience and would be willing to reestablish their participation if circumstances permitted. 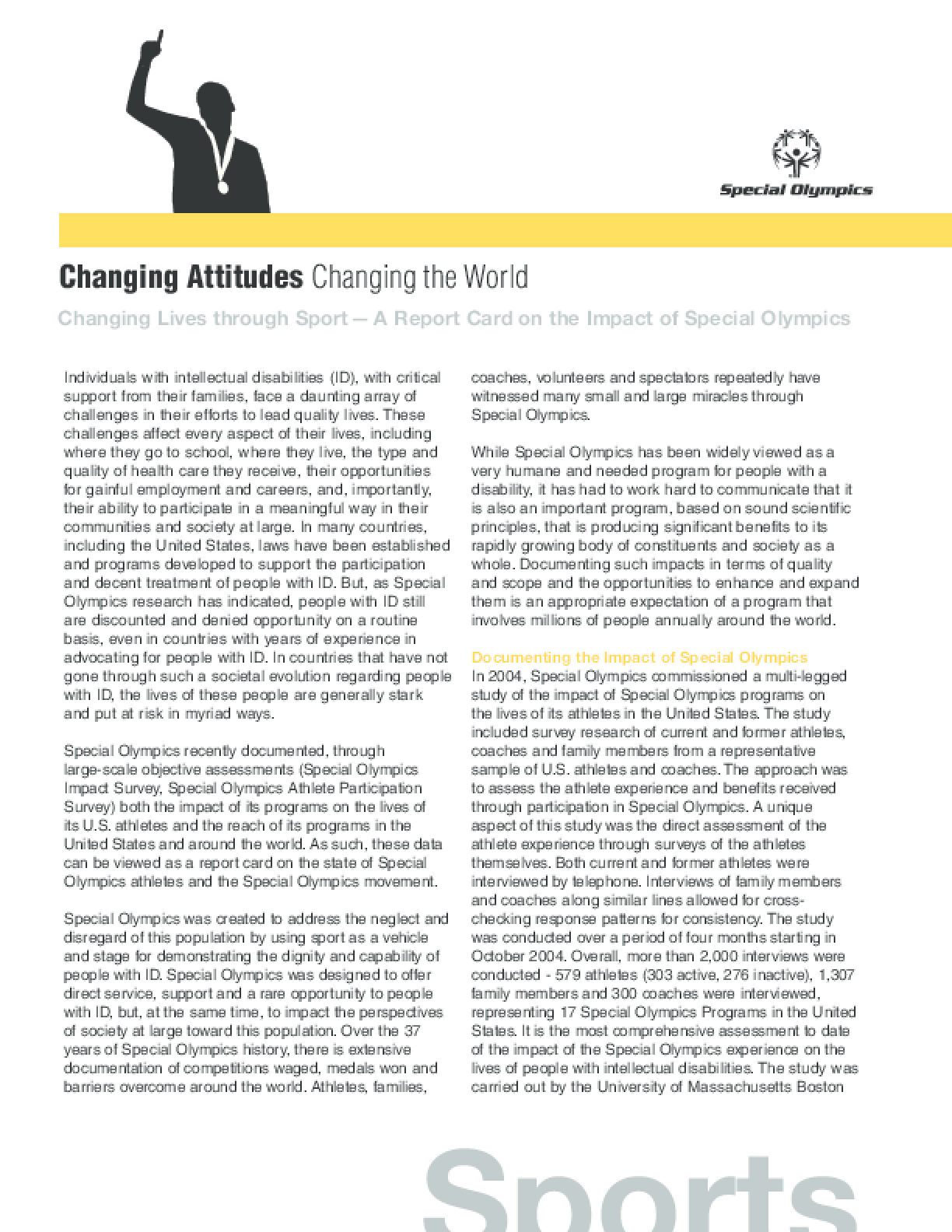