As Egypt approaches the fifth anniversary of its 2011 uprising, one would be forgiven for assuming that a major challenge to the regime of President Abdel Fattah el-Sisi was gathering coherence and force, based upon its panicked and paranoid current actions. But such a conclusion would be misplaced. The regime's overblown fears of a largely neutered opposition raise a pertinent question: What is driving the Egyptian security establishment's overbroad and suffocating repression?

The run-up to January 25 has seen a major crackdown that has included arrests, disappearances, random searches (including random surveillance of social media accounts), the shuttering of nonpolitical cultural fora, such as art galleries, and a heightening of visa monitoring for foreigners. For this upcoming symbolic date, the regime will not be caught unaware and flat-footed -- it believes that the mistakes of 2011 will not be repeated any time soon.

Speaking to Reuters, an official at Egypt's Homeland Security Agency explained the state's motivations for the crackdown quite bluntly, stating that "We have taken several measures to ensure activists don't have breathing space and are unable to gather, and several cafes and other meeting places have been closed, while some have been arrested in order to scare the rest."

Whereas late 2010 was marked by creeping dissatisfaction, increasing boldness, and stepped-up organizational efforts among opposition actors, there are no corollaries in today's Egypt. While the government continues to fare poorly in terms of overall performance, political life is stunted by fear and fragmentation, and there are few avenues that allow for the amplification of dissatisfaction into a broad-based challenge to the regime. Opposition forces are fragmented and intimidated, while the regime, the state, and social elites retain a baseline of cohesion, and domestic and regional instability have produced quiescence in some sectors of society.

It is clear that 2016 will not be the year of the next Egyptian uprising, let alone revolution. Yet, despite indications that, for the time being, the regime is safe from any popular threat, it is behaving as if it faces an imminent challenge. Its actions reveal a deeply ingrained worldview in which even minor forms of dissent and nonconformity are no longer permissible. 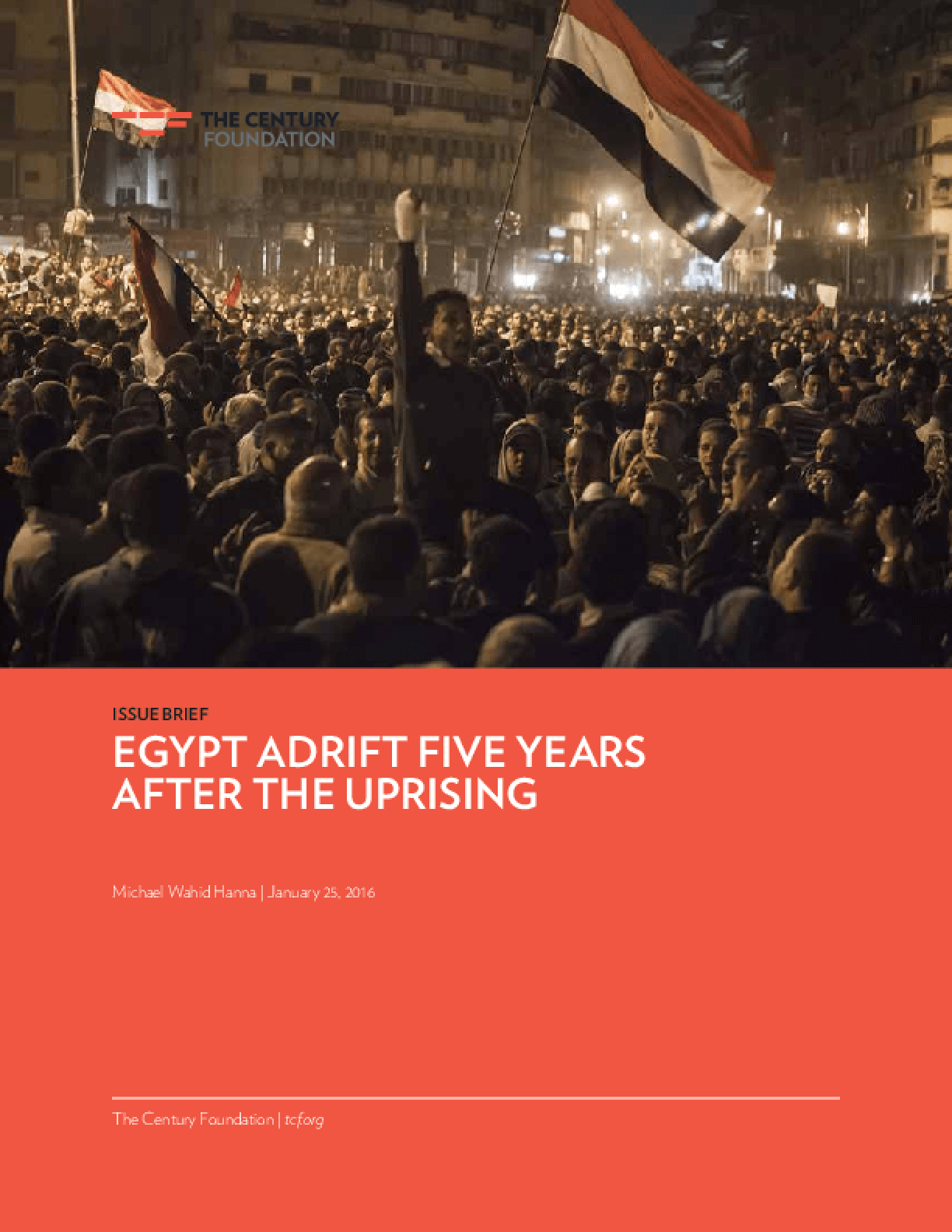