The voting population of New Hampshire is among the most mobile in the United States. About one-third of the potential voters are new to the state's electoral process since 2000. Both young voters and recent migrants are more likely to identify themselves as Democrats and less likely to identify with Republicans than are established voters. Voter turnover fueled by demographic change is also affecting voter registration, with a growing Democratic base and stable or declining numbers of registered Republicans. We conclude that demographic change has significant implications for the November election. 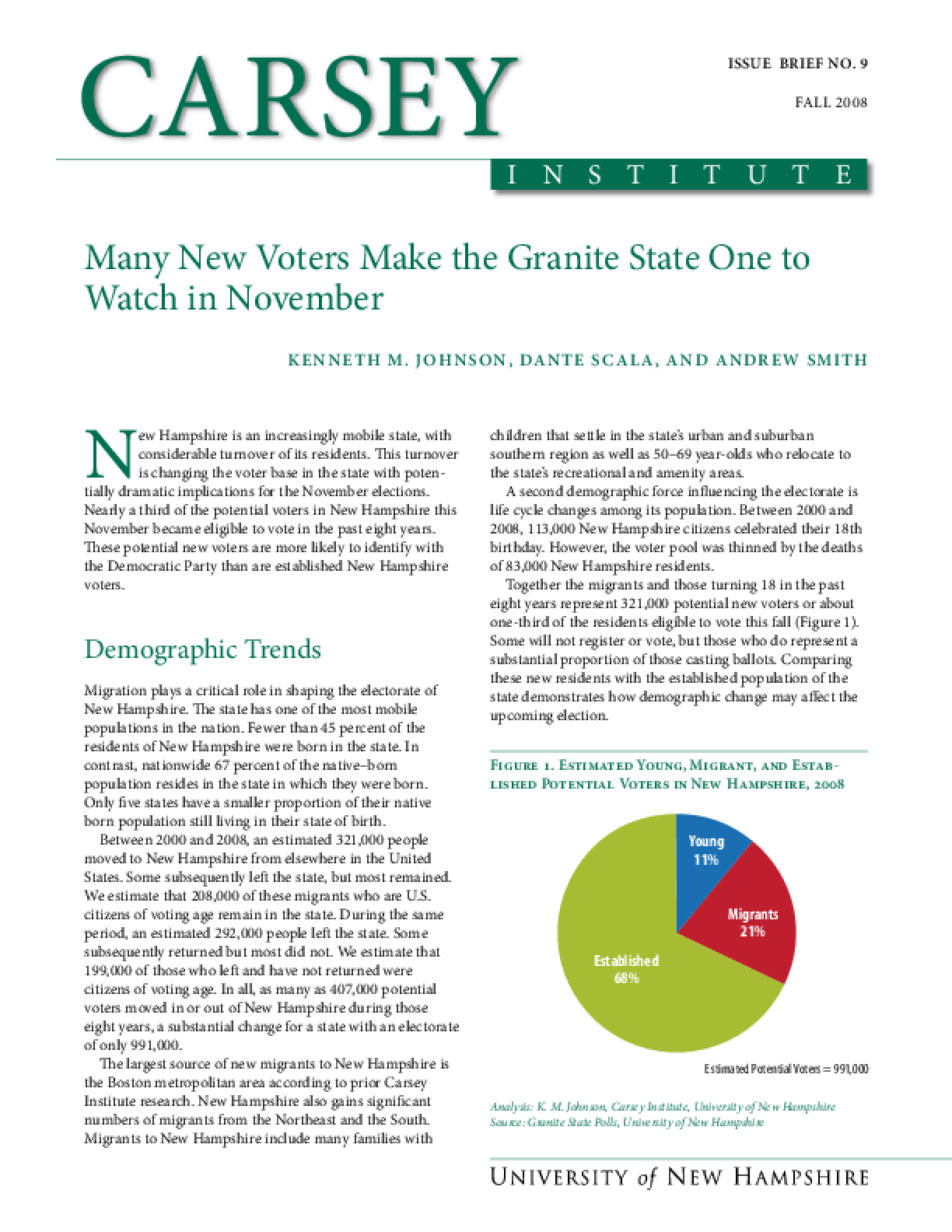