Philanthropy as an Emerging Contributor to Development Cooperation

A range of issues and recommendations are raised in this report, commissioned by the United Nations Development Program. Philanthropy's contributions to international development should be better measured, and there is a need for a stronger emphasis on better data overall in terms of both measuring progress, and enabling a better understanding of the range of potential grantees working on development themes.

This report was commissioned by the United Nations Development Programme as a background paper for the conference International Development Cooperation: Trends and Emerging Opportunities -- Perspectives of the New Actors in Istanbul, June 2014.

Disclaimer: The views presented here are the contributors' and do not necessarily reflect the views and position of the United Nations Development Programme. 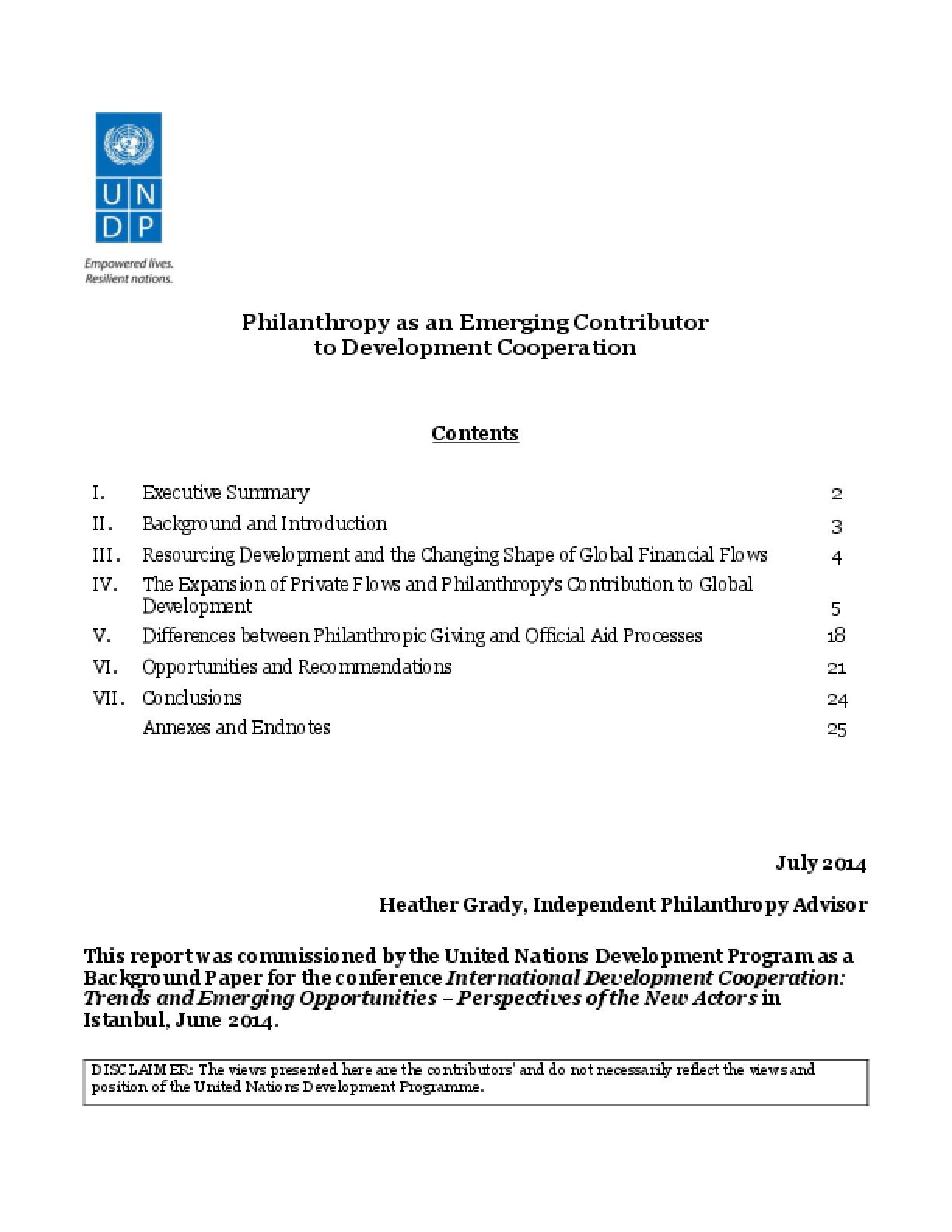