Globally, an estimated 2.5 billion people lack access to improved sanitation. Unimproved sanitation increases the risk of morbidity and mortality, especially in protracted refugee situations where sanitation is based on pit latrine use. Once the pit is full, waste remains in the pit, necessitating the construction of a new latrine, straining available land and funding resources. A viable, sustainable solution is needed. This study used qualitative and quantitative methods to design, implement, and pilot a novel sanitation system in Kakuma refugee camp, Kenya. An initial round of 12 pre-implementation focus group discussions (FGDs) were conducted with Dinka and Somali residents to understand sanitation practices, perceptions, and needs. FGDs and a supplementary pre-implementation survey informed the development of an innovative sanitation management system that incorporated the provision of urine and liquid-diverting toilets, which separate urine and fecal waste, and a service-based sanitation system that included weekly waste collection. The new system was implemented on a pilot scale for 6 weeks. During the implementation, bi-weekly surveys were administered in each study household to monitor user perceptions and challenges. At the end of the pilot, the sanitation system was assessed using a second round of four post-implementation FGDs. Those who piloted the new sanitation system reported high levels of user satisfaction. Reported benefits included odor reduction, insect/pest reduction, the sitting design, the appropriateness for special populations, and waste collection. However, urine and liquid diversion presented a challenge for users who perform anal washing and for women who had experienced female genital mutilation. Refugee populations are often culturally and ethnically diverse. Using residents' input to inform the development of sanitation solutions can increase user acceptability and provide opportunities to improve sanitation system designs based on specific needs. 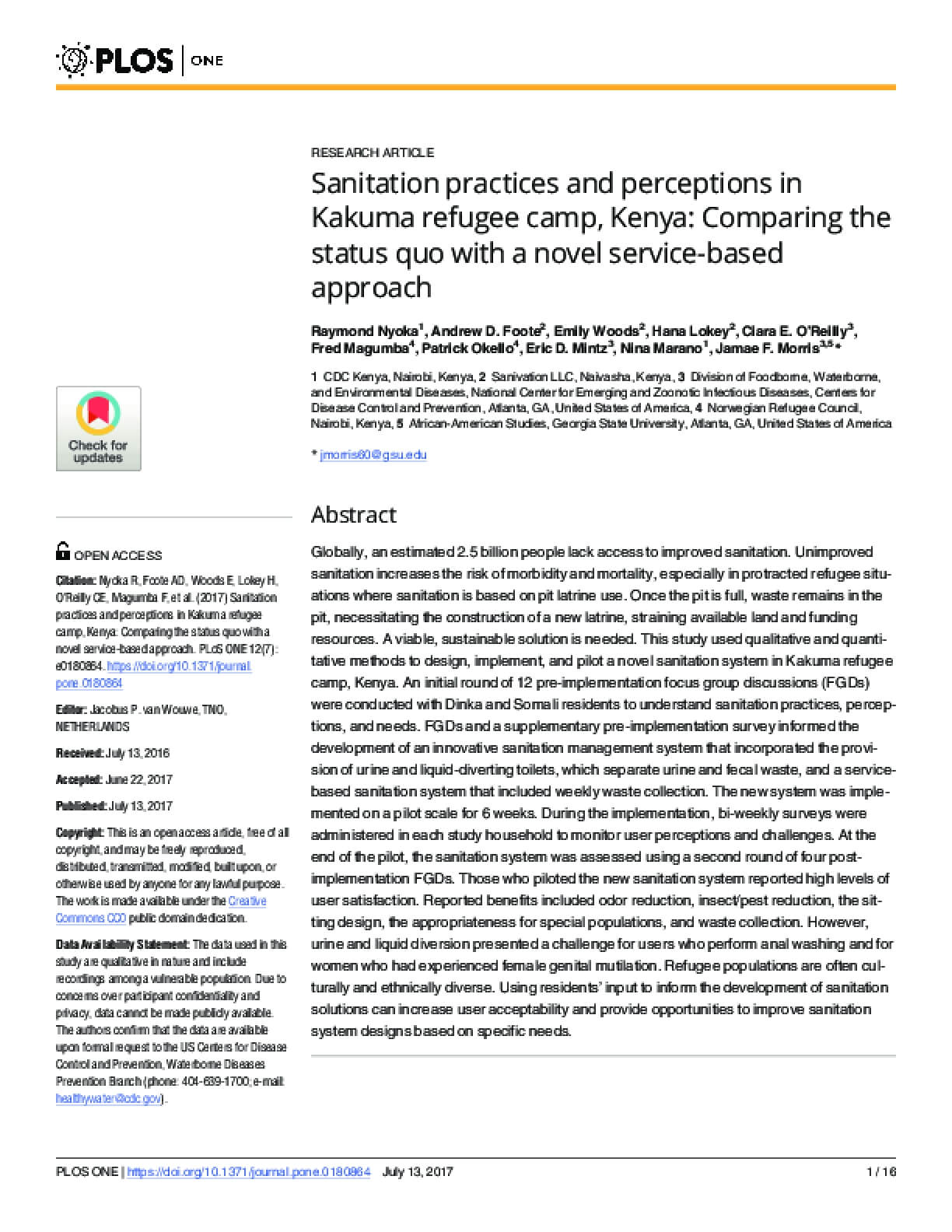