The American Legal Programs in Brazil: From Modernization Theory to Human Rights

The year 2014 marked 50 years since the civil-military coup in Brazil, on March 31, 1964. Recently, Brazilian historiography has been devoting a renewed interest in this period of the military rule in the country (1964-1985). A common element in the analyses that have developed identifies a significant role for the rule of law-human rights movement in the country, from which it would have been possible to form a systematic opposition to the Brazilian dictatorship that would lead to the transition to democracy. Nevertheless, there is still an existing gap in this discussion about the Brazilian rule of law-human rights movement, which relates to a consistent analysis of the network of politics and practices, connected to the field of law in Western countries since World War II. It is my premise that this analysis will facilitate a better comprehension of the Brazilian transition and its historical connections with the "Global North." The philanthropic foundations played a significant role in promoting this network. My research contributes by filling in aspects of this gap in the Brazilian debate, and provides an analysis of the role played in the rule of law-human rights international movement by the International Commission of Jurists (ICJ) and the programs of philanthropic foundations concerning the field of law directed to Latin American countries. 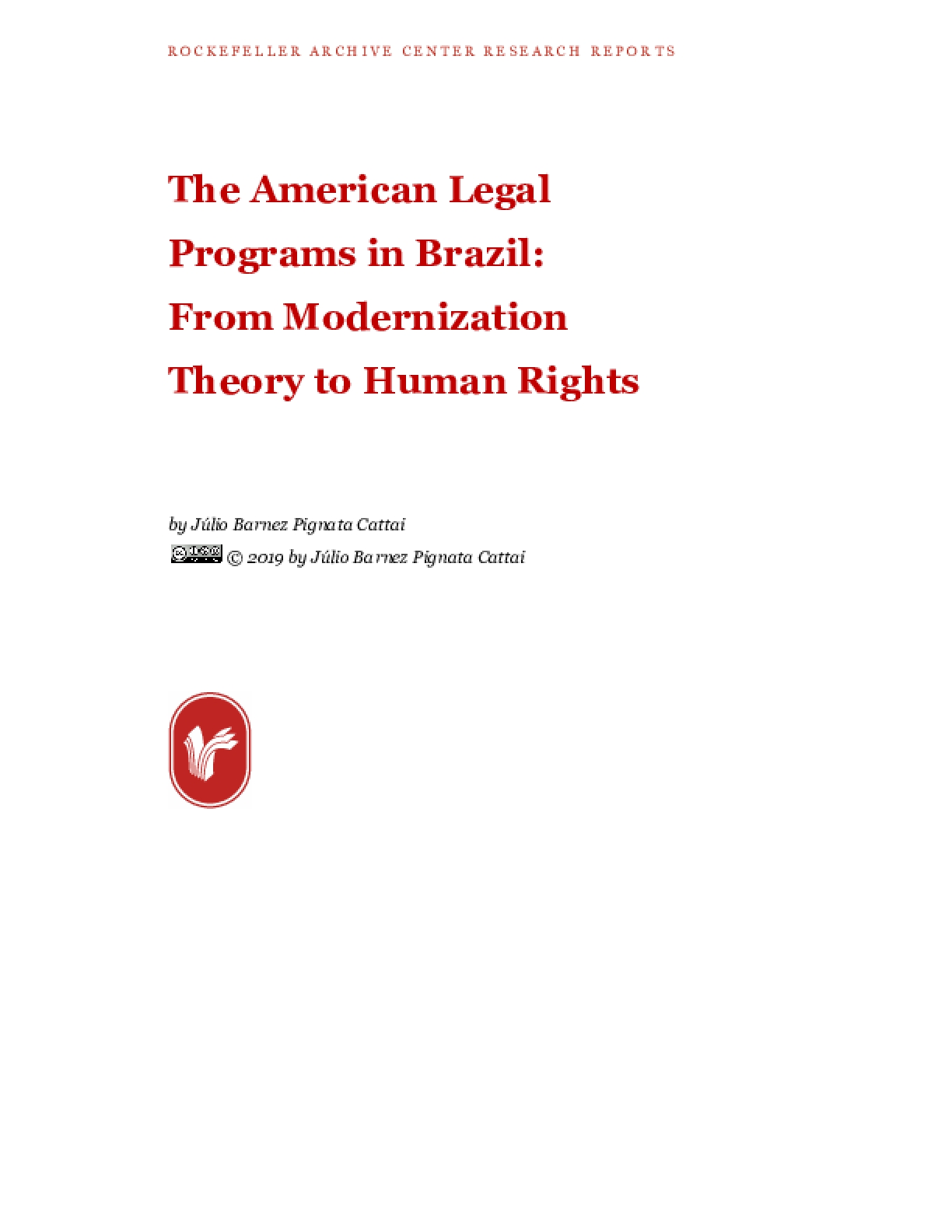