Many journalism stakeholders have begun looking to philanthropic foundations to help newsrooms find economic sustainability. The rapidly expanding role of foundations as a revenue source for news publishers raises an important question: How do foundations exercise their influence over the newsrooms they fund? Using the hierarchy of influence model, this study utilizes more than 40 interviews with journalists at digitally native nonprofit news organizations and employees from foundations that fund nonprofit journalism to better understand the impact of foundation funding on journalistic practice. Drawing on previous scholarship exploring extra-media influence on the news industry, we argue that the impact of foundations on journalism parallels that of advertisers throughout the 20th century—with one important distinction: Journalism practitioners and researchers have long forbidden the influence from advertisers on editorial decisions, seeing the blurring of the two as inherently unethical. Outside funding from foundations, on the other hand, is often premised on editorial influence, complicating efforts by journalists to maintain the firewall between news revenue and production. 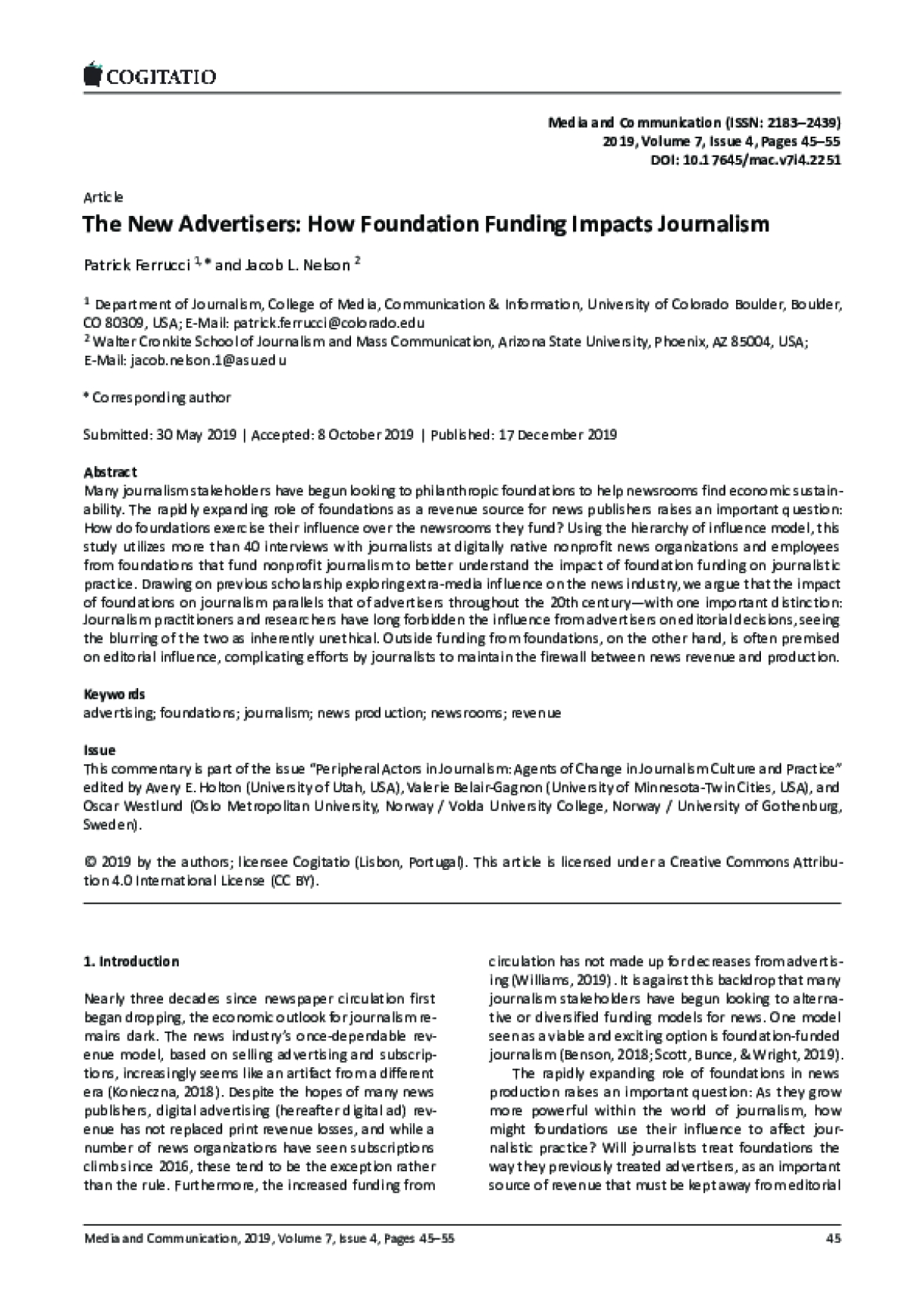