Can the market be trusted to provide the bundle of goods and services that society deems a basic entitlement of citizenship? The retreat from state-centered welfare institutions and the rise of policy movements emphasizing market-based alternatives over the past thirty years is said to mark a breaking point from the progressivism of the early twentieth century. Evidence from the Russell Sage Foundation Records, housed at the Rockefeller Archive Center, suggests that the trajectory from state to market or public to private is less representative than is commonly thought. Among the Foundation's most successful campaigns was its battle to reform small-sum lending between 1909 and 1946. Inspired by journalistic tales of working families held in virtual slavery by nefarious loan sharks, the Russell Sage Foundation devoted considerable resources to freeing small borrowers from the high rates of interest and criminal intimidation thought to engender poverty, crime, class agitation, and political radicalism. The Foundation's gradual pivot from promoting philanthropic solutions meant to circumvent the market in money to embracing profit and competition as a market-oriented means of achieving progressive ends stands as a key moment in the rise of the personal finance industry. It also serves as an early case study in the privatization of American social policy and an object lesson in the challenges reformers have faced when forging partnerships with the competitive marketplace. 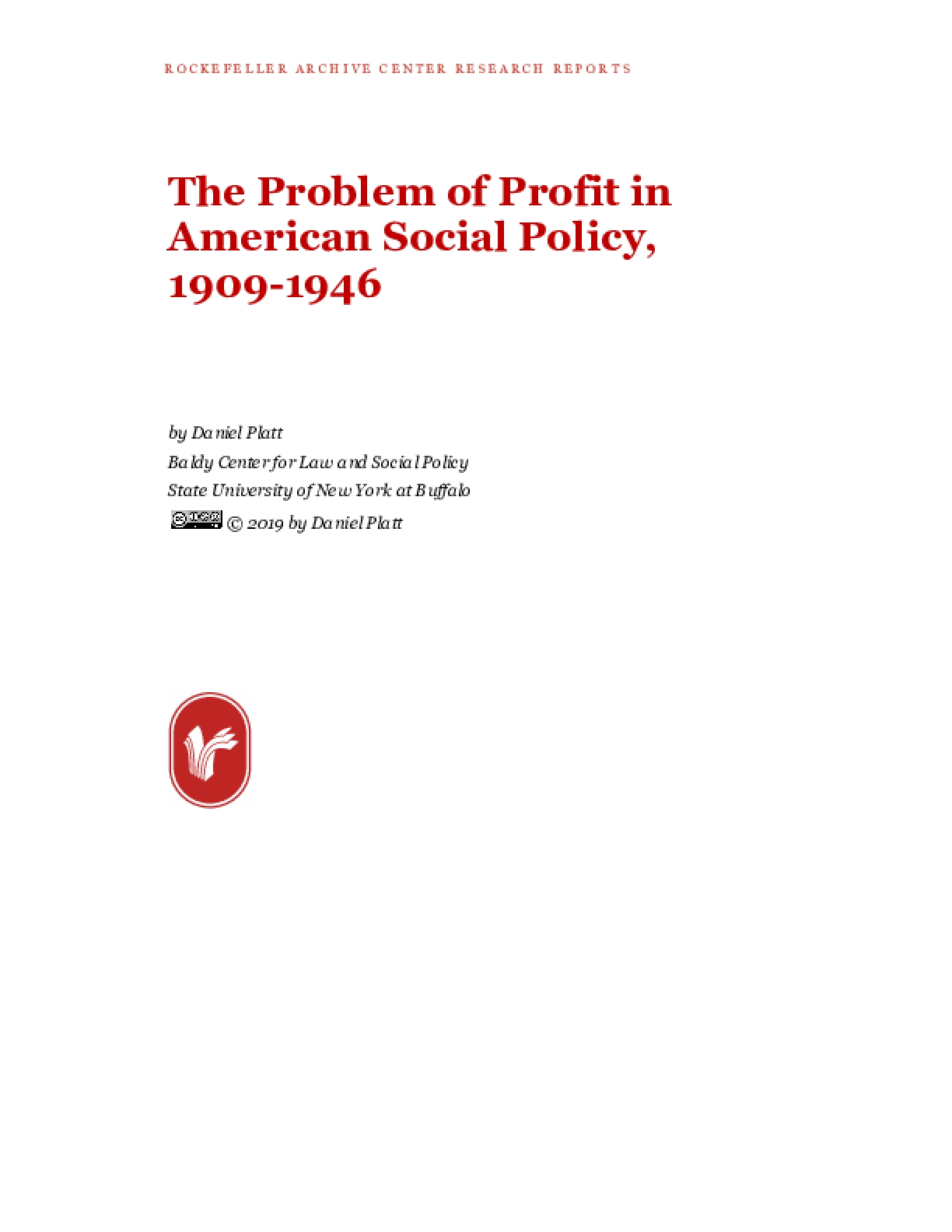