My research at the Rockefeller Archive Center (RAC) investigated the pivotal period from the 1920s to the 1940s when health practitioners and scientists in the Rockefeller Foundation were confident that they could alleviate, and probably eradicate, serious but little understood diseases such as yaws. During these decades, the IHD, and its predecessor before 1927, the International Health Bureau (IHB), embarked upon transferring the Foundation's early successes in public health from the southern United States, notably with hookworm and sanitation campaigns, to overseas. In 1916, the IHB had succeeded the International Health Commission (IHC), founded in 1913. The original mission of the IHC drove the IHB/IHD: the "promotion of public sanitation and the spread of knowledge of scientific medicine." Yaws became an add-on to that mission, although syphilis and its links to yaws in tropical countries never quite assumed the attention Turner demanded. But the diseases are entwined, often confused, and worthy of in-depth investigation. My research at RAC formed part of my wider project on the history of yaws and syphilis, but unlike Turner and Sawyer's principal focus on the Caribbean, I sought to concentrate on the vast Asia-Pacific region. My aim is to tackle this history longitudinally and across cultures to look at changing discourse, theories and practices regarding treatments for these diseases and socio-cultural perceptions, especially in relation to causation, symptoms and consequences. These significant diseases have had a huge global impact but have not been investigated together by historians. The Asia-Pacific region is rarely mentioned in publications on syphilis or yaws. 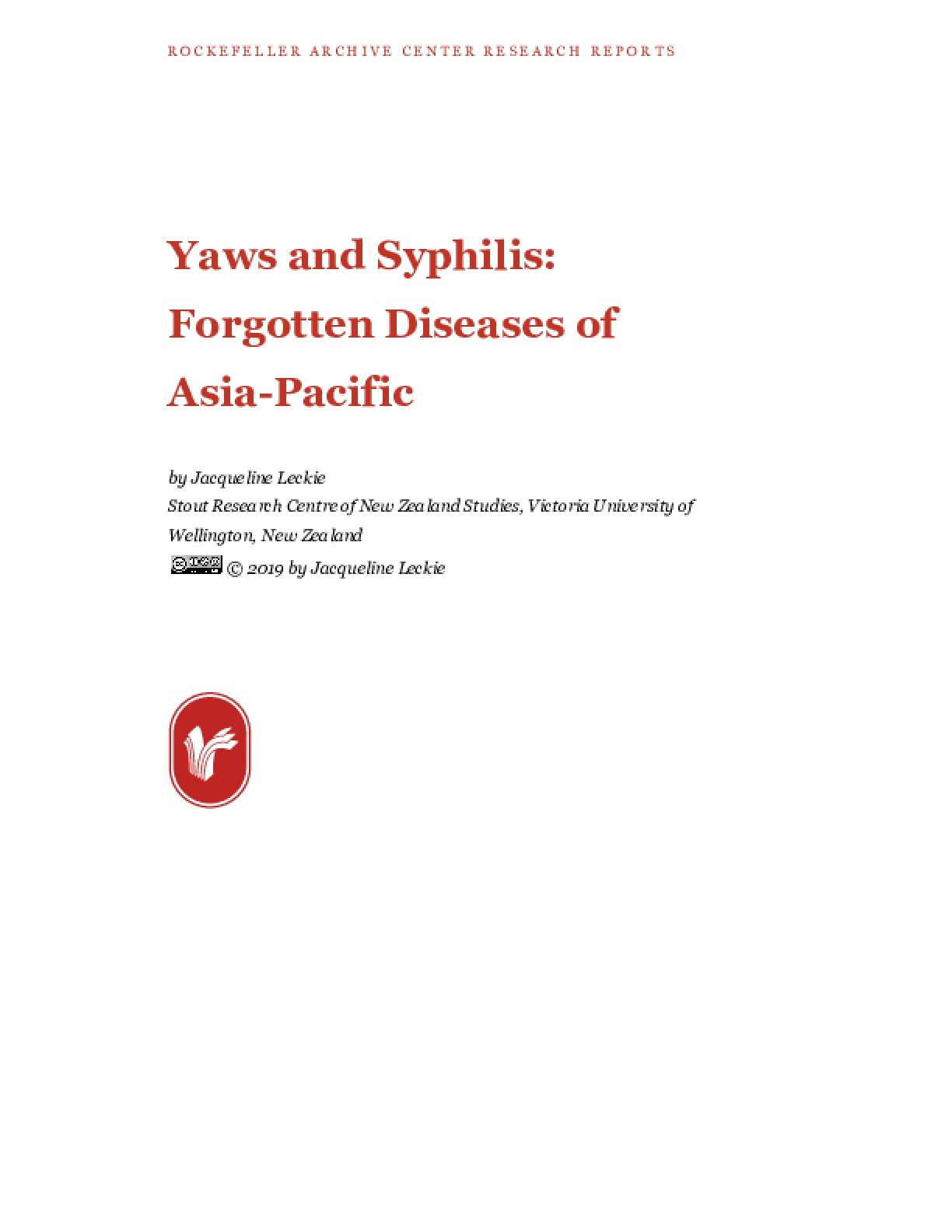