A People's Budget: A Research and Evaluation Report on the Pilot Year of Participatory Budgeting in New York City

Participatory budgeting (PB) is a new process for capital budgeting in which voters directly decide how to spend millions of their own tax dollars, a first in New York City and only the second such initiative in the United States. The report details findings about who participated, and the impact PB has had on attitudes towards government, civic engagement and leadership skills. The research is based on over 5,000 surveys, 35 interviews and hundreds of observations. 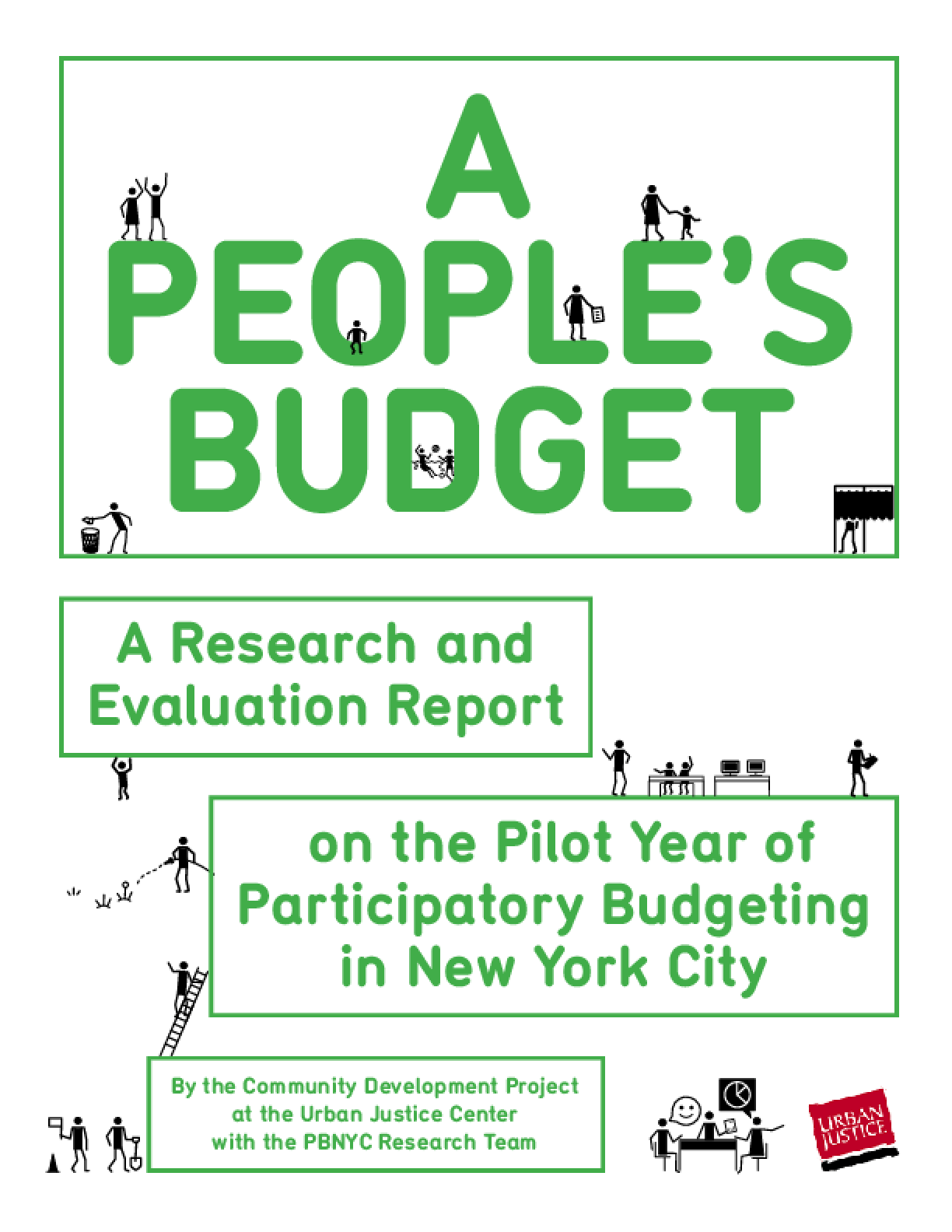