Coca Industrialization: A Path to Innovation, Development, and Peace in Colombia

For decades, Colombia has faced the challenge of promoting economic development and peace in its coca growing regions while quelling the flow of coca for unlawful purposes. During this time, the country has rarely considered promoting economic development with coca, partly because national and international frameworks and policies have written off coca growers as one of the main drivers of the drug trade.

The 2016 peace agreement marked the first significant shift towards a paradigm that prioritizes human rights, rural development, and local governance in the issue of coca. Within the context of the provisions of the peace accord, concrete policy innovations were introduced in 2017. The National Training Service (SENA), a government entity in charge of offering vocational training in vulnerable communities, a peacebuilding organization, and members of the Lerma coca-growing community formed a partnership that became the key to success in advancing policy reform.

Coca Industrialization: A Path to Innovation, Development, and Peace in Colombia presents coca as an agricultural product with ample industrialization opportunities that fit within the existing national and international legal arrangements. This report explores coca's diverse potential in applications as varied as nutrition, natural medicine, personal care, and agro-industry—as well as coca's historical cultural uses.

The report suggests seeing the coca plant (Erythroxylum spp) as an agricultural product for lawful uses as well as the challenges and opportunities that have influenced industrialization. It proposes building a coca leaf industry that  guarantees a sound income for farmers; provides good quality, sustainable raw materials for manufacturers; and ensures traceability, and control across the supply chain, with adherence to international laws.

Coca Industrialization explores the potential that the coca leaf holds and sets out the parameters for a system that could significantly expand coca industrialization in a manner that makes the most of its social, political, economic, and environmental benefits. 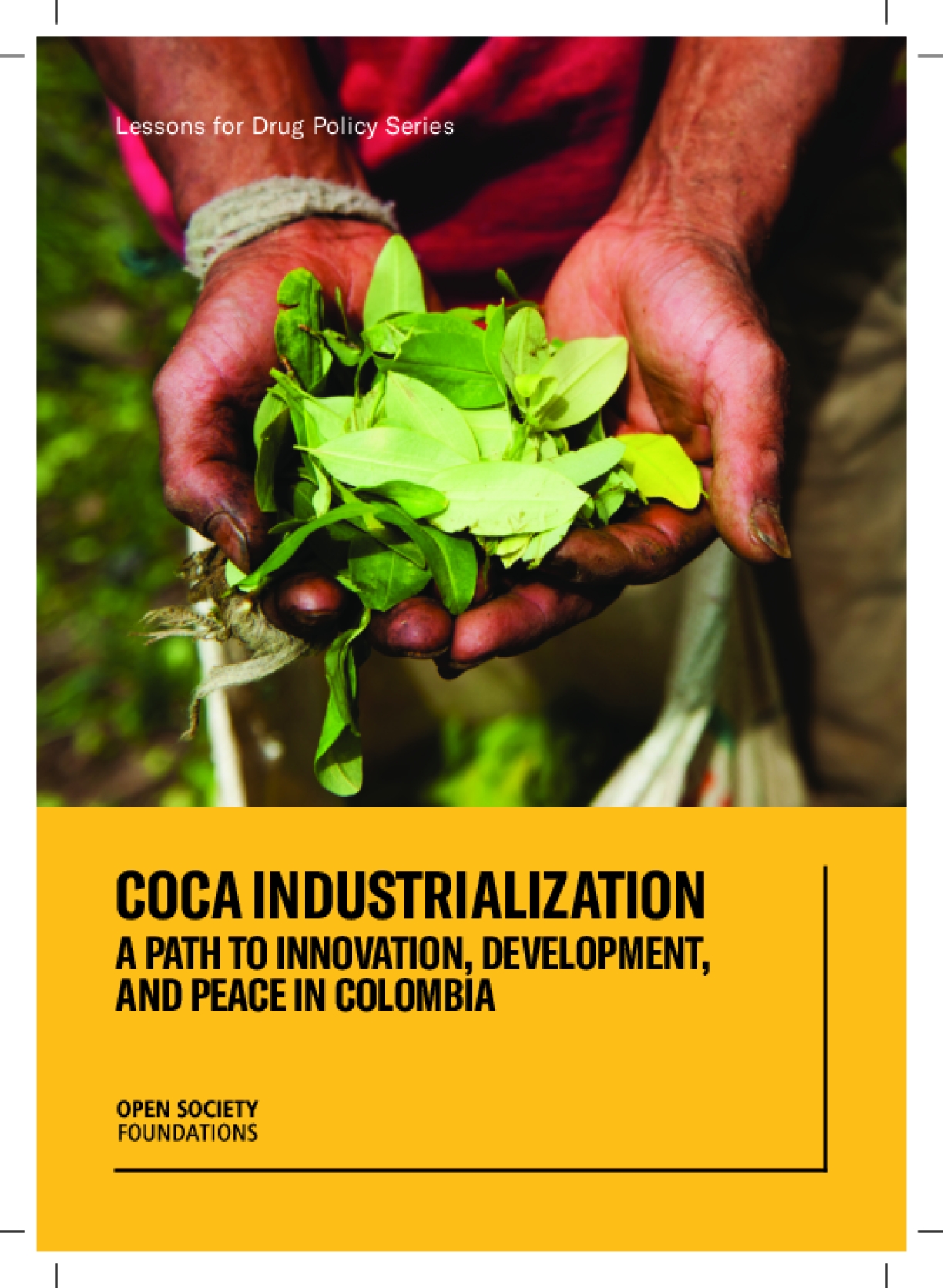