Corruption, Mismanagement, and Abuse of Power in Hugo Chavez's Venezuela

Corruption has existed in Venezuela since at least 1821, when it gained independence. In the 19thand 20th centuries, the level of corruption fluctuated, depending on the government in power. During the government of President Hugo Chavez, however, corruption has exploded to unprecedented levels. Billions of dollars are being stolen or are otherwise unaccounted for, squandering Venezuelan resources and enriching high-level officials and their cronies. The windfall of oil revenues has encouraged the rise in corruption. In the approximately eight years Chavez has been in power, his government has received between $175 billion and $225 billion from oil and new debt. Along with the increase in revenues has come a simultaneous reduction in transparency. For example, the state-owned oil company ceased publishing its consolidated annual financial statements in 2003, and Chavez has created new state-run financial institutions, whose operations are also opaque, that spend funds at the discretion of the executive. Corruption now permeates all levels of Venezuelan society. Bureaucrats now rarely follow existing bidding regulations, and ordinary citizens must pay bribes to accomplish bureaucratic transactions and have to suffer rampant neglect of basic government services. All this has been encouraged by a general environment of impunity: officers implicated in major corruption scandals have sometimes been removed from their posts, but they have not otherwise been held legally accountable. The dramatic rise in corruption under Chavez is ironic since he came to power largely on an anti-corruption campaign platform. To truly fight corruption, the government needs to increase the transparency of its institutions and reduce its extensive involvement in the economy, something that has placed Venezuela among the least economically free countries in the world. 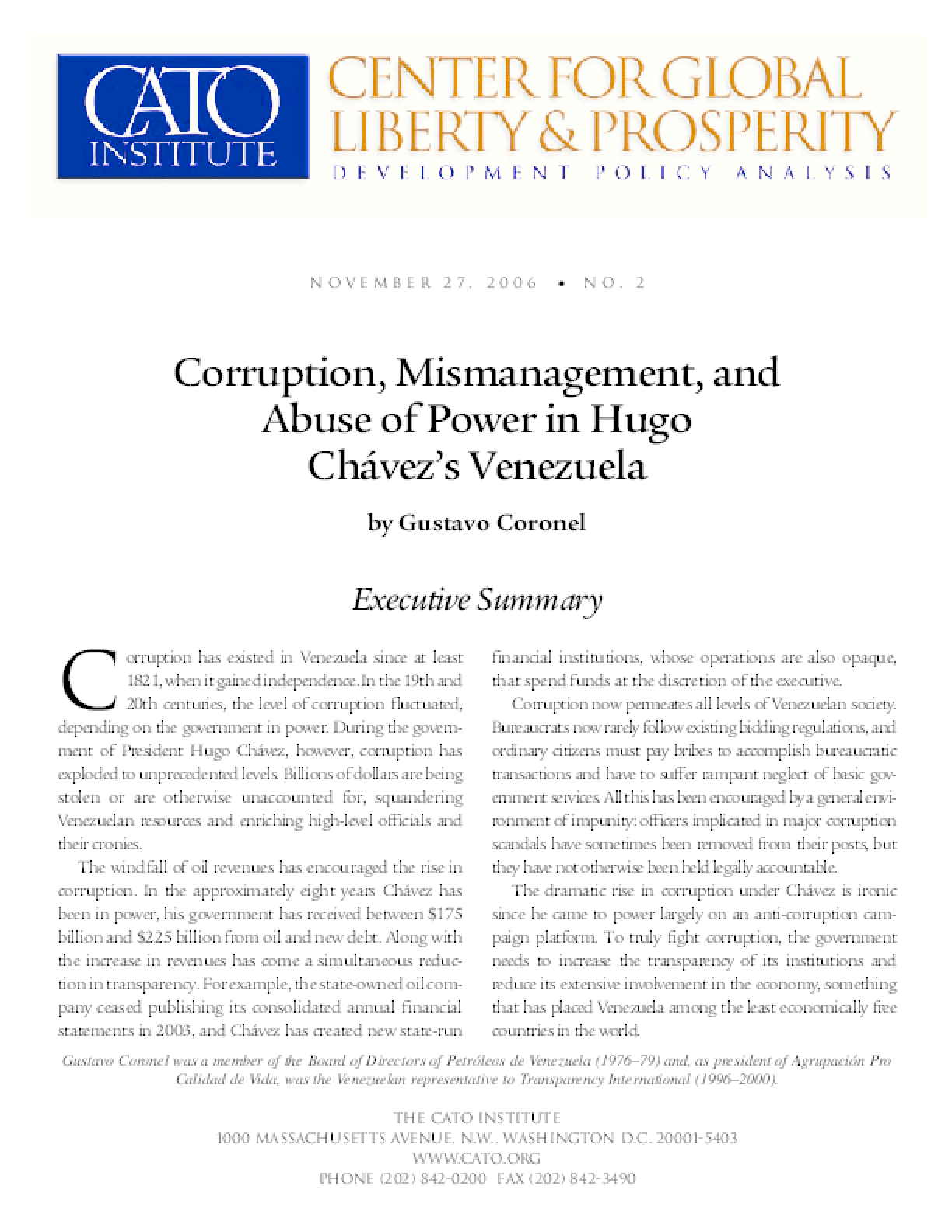