The official poverty measure indicates that child poverty declined by 1.1 percentage points between 2016 and 2017, according to analyses of the latest American Community Survey data released today. By 2017, child poverty across the nation was still 0.4 percentage point higher than before the Great Recession. Child poverty remained higher in cities and rural places than in the suburbs. For the first time, rates in cities dipped below the pre-recession level, although poverty is still slightly higher in rural and suburban places than in 2007. 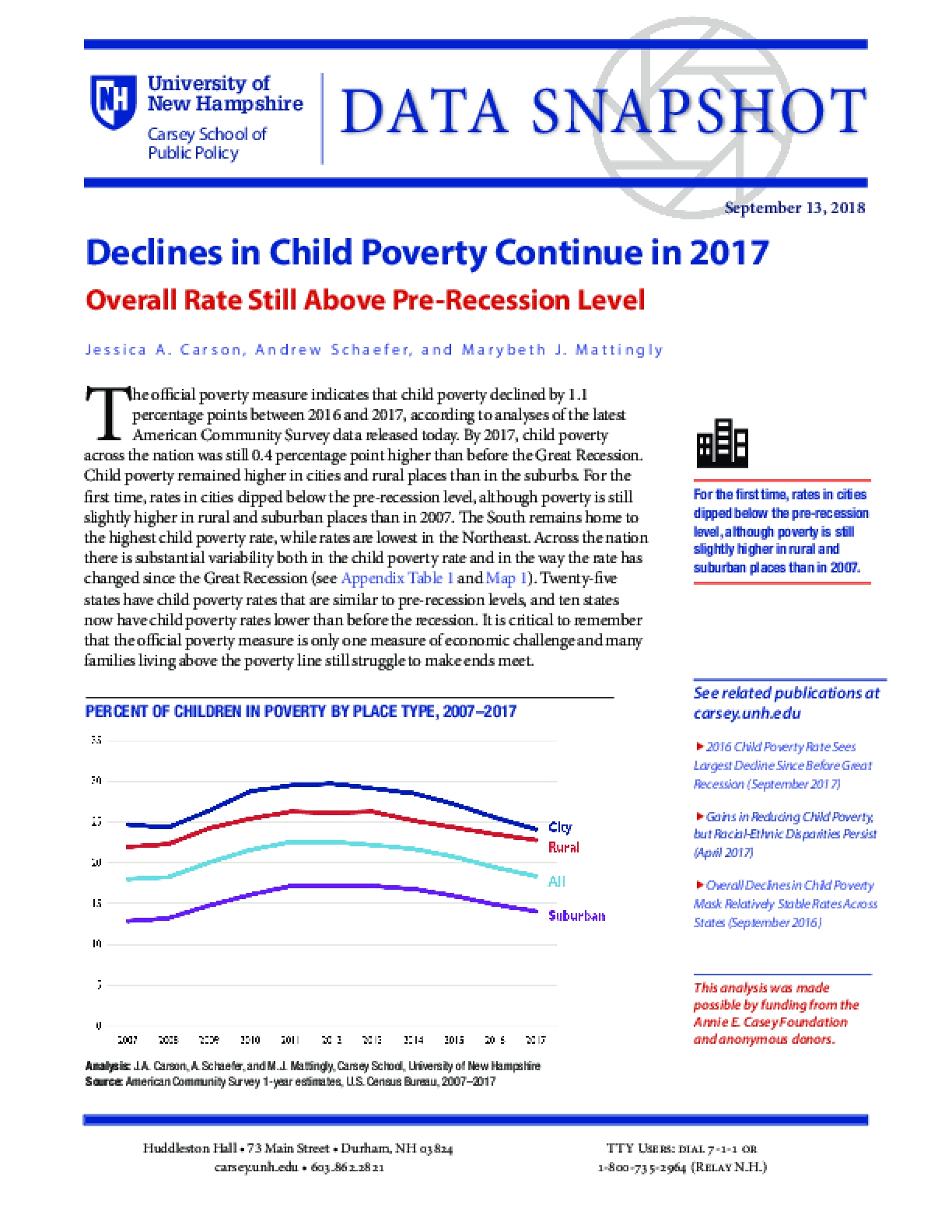