by Jessica A. Carson

The share of people without health insurance has dropped dramatically since the implementation of the Affordable Care Act (ACA), but declines have been most dramatic among young adults age 19 to 25. In 2008, one-in-three 23-year-olds were uninsured, likely reflecting their graduation from college and therefore, their ineligibility to be covered on parental plans. Beginning in 2010, the ACA allowed young adults to remain on their parents' plans until age 26; the orange line in Figure 1 reflects this shift, as 26-year-olds, rather than 23-year-olds, became the most often uninsured by 2013. 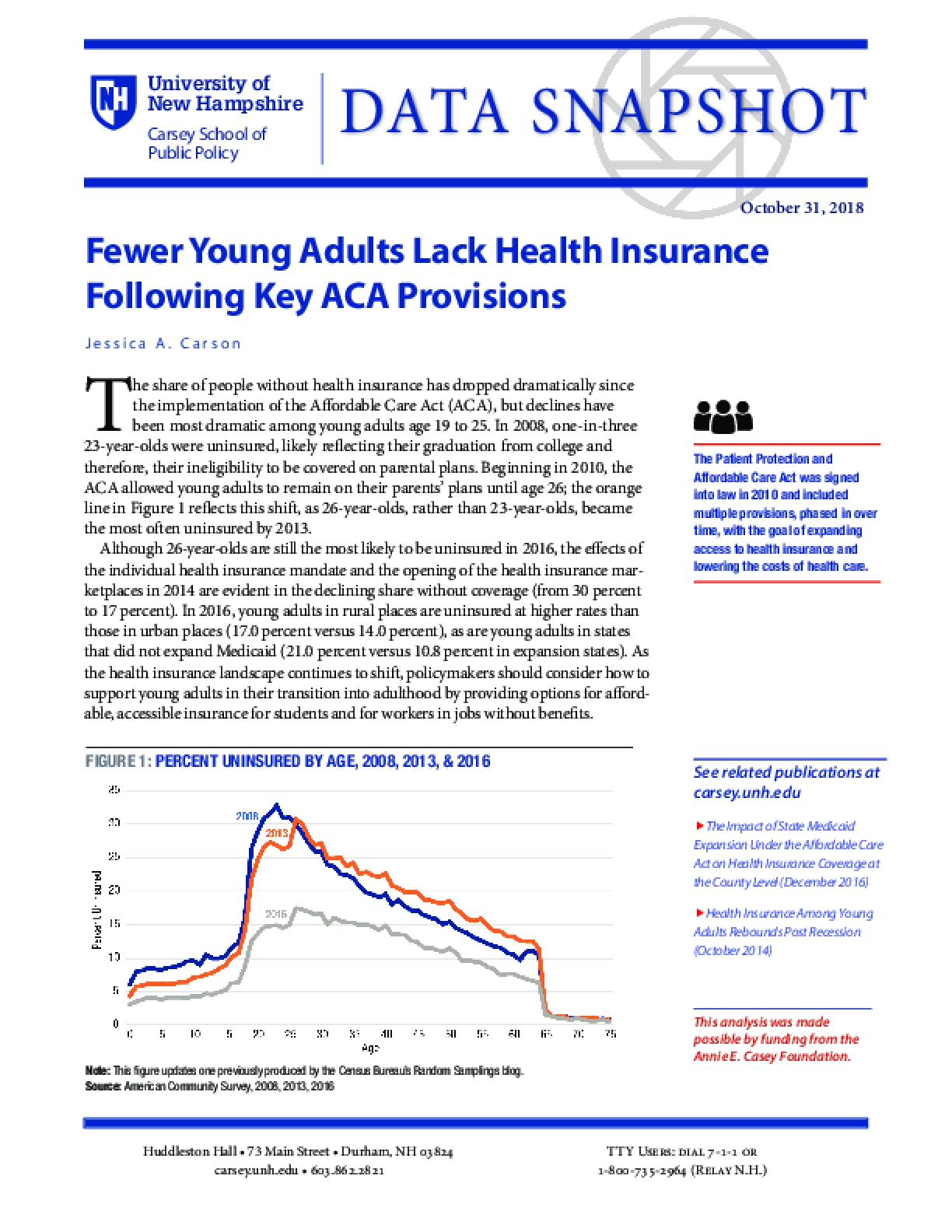