Does Rail Transit Save Energy or Reduce Greenhouse Gas Emissions?

Far from protecting the environment, most rail transit lines use more energy per passenger mile, and many generate more greenhouse gases, than the average passenger automobile. Rail transit provides no guarantee that a city will save energy or meet greenhouse gas targets. While most rail transit uses less energy than buses, rail transit does not operate in a vacuum: transit agencies supplement it with extensive feeder bus operations. Those feeder buses tend to have low ridership, so they have high energy costs and greenhouse gas emissions per passenger mile. The result is that, when new rail transit lines open, the transit systems as a whole can end up consuming more energy, per passenger mile, than they did before. Even where rail transit operations save a little energy, the construction of rail transit lines consumes huge amounts of energy and emits large volumes of greenhouse gases. In most cases, many decades of energy savings would be needed to repay the energy cost of construction. Rail transit attempts to improve the environment by changing people's behavior so that they drive less. Such behavioral efforts have been far less successful than technical solutions to toxic air pollution and other environmental problems associated with automobiles. Similarly, technical alternatives to rail transit can do far more to reduce energy use and CO2 outputs than rail transit, at a far lower cost. Such alternatives include the following: If oil is truly scarce, rising prices will lead people to buy more fuel-efficient cars. But states and locales that want to save even more energy and reduce greenhouse gas emissions will find the above alternatives far superior to rail transit. 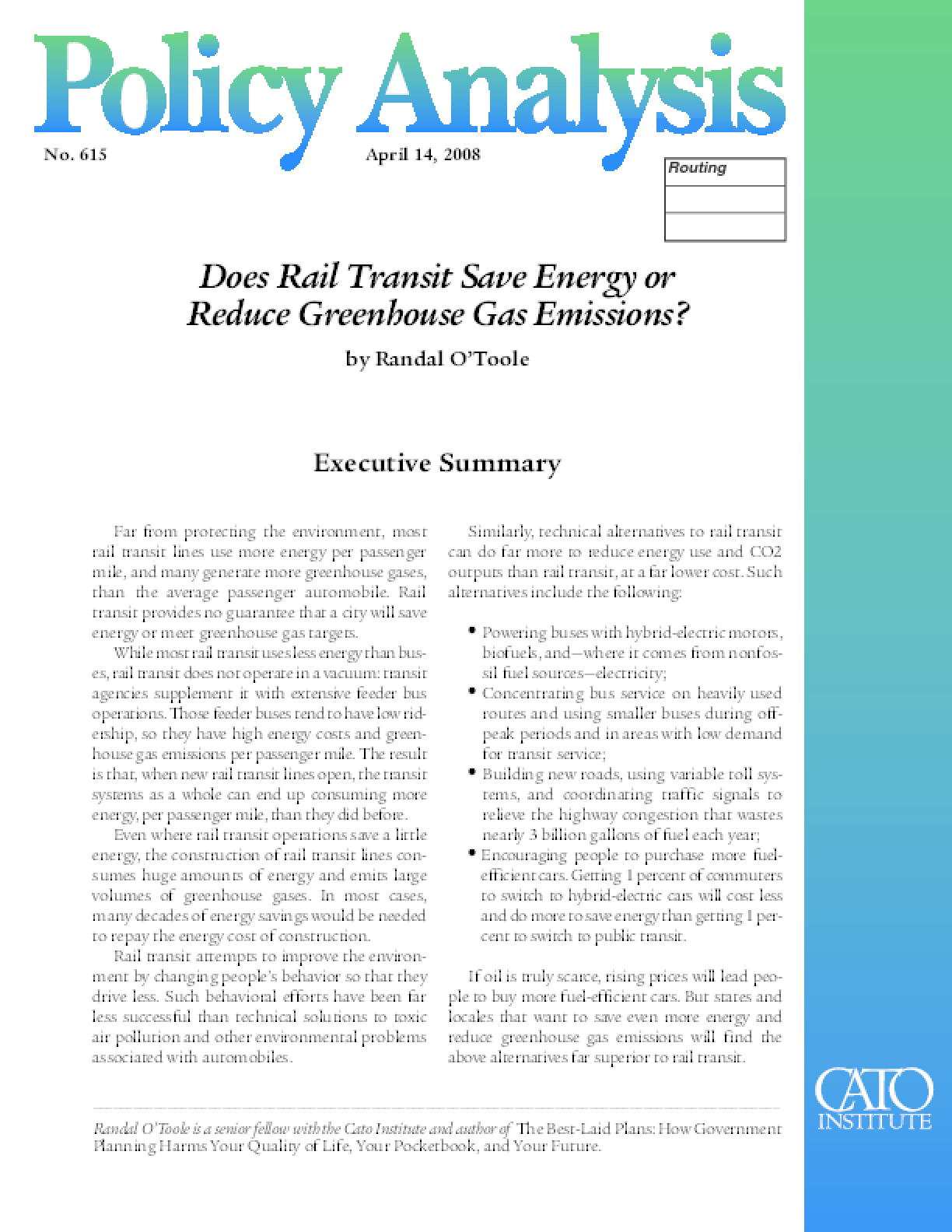