Executive SummaryIn early 2015,several dozen community leaders from Duluth's city government, local businesses, electric utility company, nonprofit organizations, and the University of Minnesota Duluthparticipated in a charrette to determine an Energy Future Vision for the city.The goal was to capture "the ambitions and concerns" of the key stakeholders, with relevant economic, social, environmental, [and] sustainability aspects."One of the group's priority conclusions was the need to understand jobs and economic development impacts of different energy options. They asked the Energy Transition Lab to help Duluth analyze the economic and jobs implications of more locallyproduced energy from biomass and solar energy. As part of thisresearch on Duluth's Energy Future Planning, the Energy Transition Lab approached UMD'sBureau of Business and Economic Research(BBER)to assist in the economic modeling required for the project.The modeling consisted of five proposed projects, which focused on the increased use of biomass and solar. Each of the five projects was selected based on local feasibility and interest.Projects selected for modeling included the following: 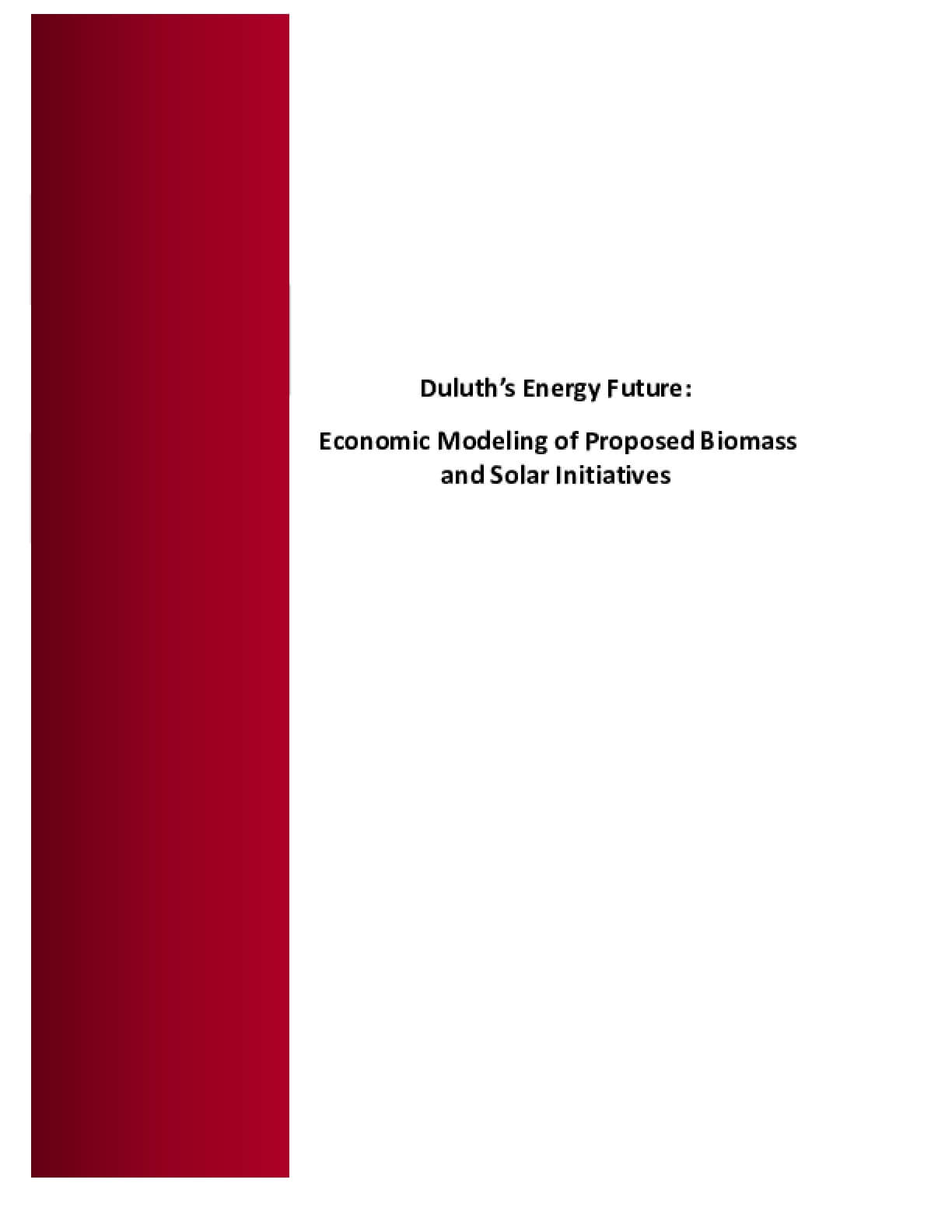