Evaluation of the Sustainable Employment in a Green US Economy (SEGUE)

The Rockefeller Foundation's Sustainable Employment in a Green US Economy(SEGUE) initiative has been a central player in green job discussions since 2009, andeven earlier through the Foundation's Campaign for American Workers. In its earliestdevelopmental stages, the initiative sought "to maximize the 'green' growth areas ofthe economy … while benefiting low- and moderate-income workers" (RockefellerFoundation, 2009b). SEGUE focused on creating jobs by supporting green economicactivities. Initially, the focus was the building energy-retrofit market in the constructionindustry and, later, on water infrastructure and waste management. The demandfor workers became recognized as the bottleneck that needed to be released, in orderto realize the benefits of the green economy.

To document and expand upon the learning and exploration that SEGUE has started,the Rockefeller Foundation provided a grant to the research firm, Abt Associates,Inc., in April 2012, to conduct a short-term, developmental evaluation of SEGUE. Theevaluation focused on three areas: learning for the purposes of determining SEGUE'sfuture direction, documenting SEGUE's grant and non-grant outputs for accountabilityneeds, and providing public knowledge on green jobs and evaluations in general.This report provides the results from the evaluation. 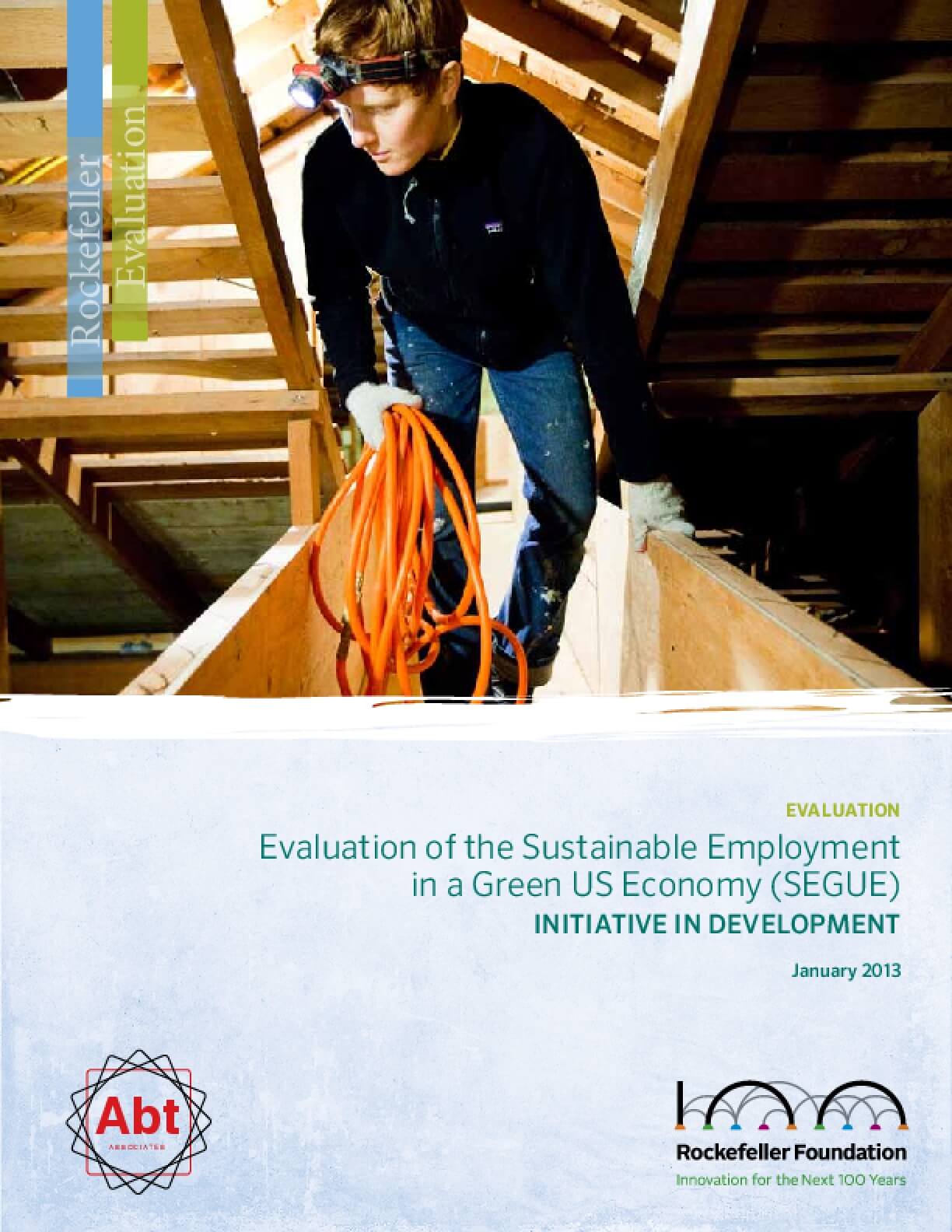