Many of the planet's vulnerable shark species face extreme population pressures due to overfishing often driven by demand for their fins. In recent years, with its growing economy, China has emerged as the largest market for shark fin. Consumer awareness campaigns that focus on demand reduction are vital to addressing this urgent crisis. Since 2006, WildAid's culturally sensitive and celebritydriven multimedia campaigns focused on shark fin demand reduction have reached hundreds of millions of consumers throughout China on broadcast and satellite television, LCD screens on trains and in subway and railway stations, airports, airline in-flight entertainment, shopping malls, banks, taxis, universities and hospitals. To enhance their impact these public service announcements and social media campaigns feature celebrity ambassadors, such as Yao Ming, Jackie Chan and David Beckham, promoting the message, "When the buying stops, the killing can too."

In 2012, the impact of demand reduction campaigns became more pronounced and was further boosted by the Chinese government's announced ban on shark fin at state banquets, and the resulting extensive media coverage of the issue by Chinese State television (CCTV). In 2013, WildAid's demand reduction campaigns leveraged US$164 million in pro-bono media placement via state and private media partnerships in China. Recent consumer surveys indicated that these demand reduction campaigns have been broadly viewed and reportedly have prompted many people to give up shark fin soup in China. This report compiles recent information on consumer behavior and changes in the prices of shark fin in the markets from a variety of independent sources. As any one survey or study provides only a snapshot and is usually limited in scope, this report aims to provide a more complete picture of current shark fin demand. 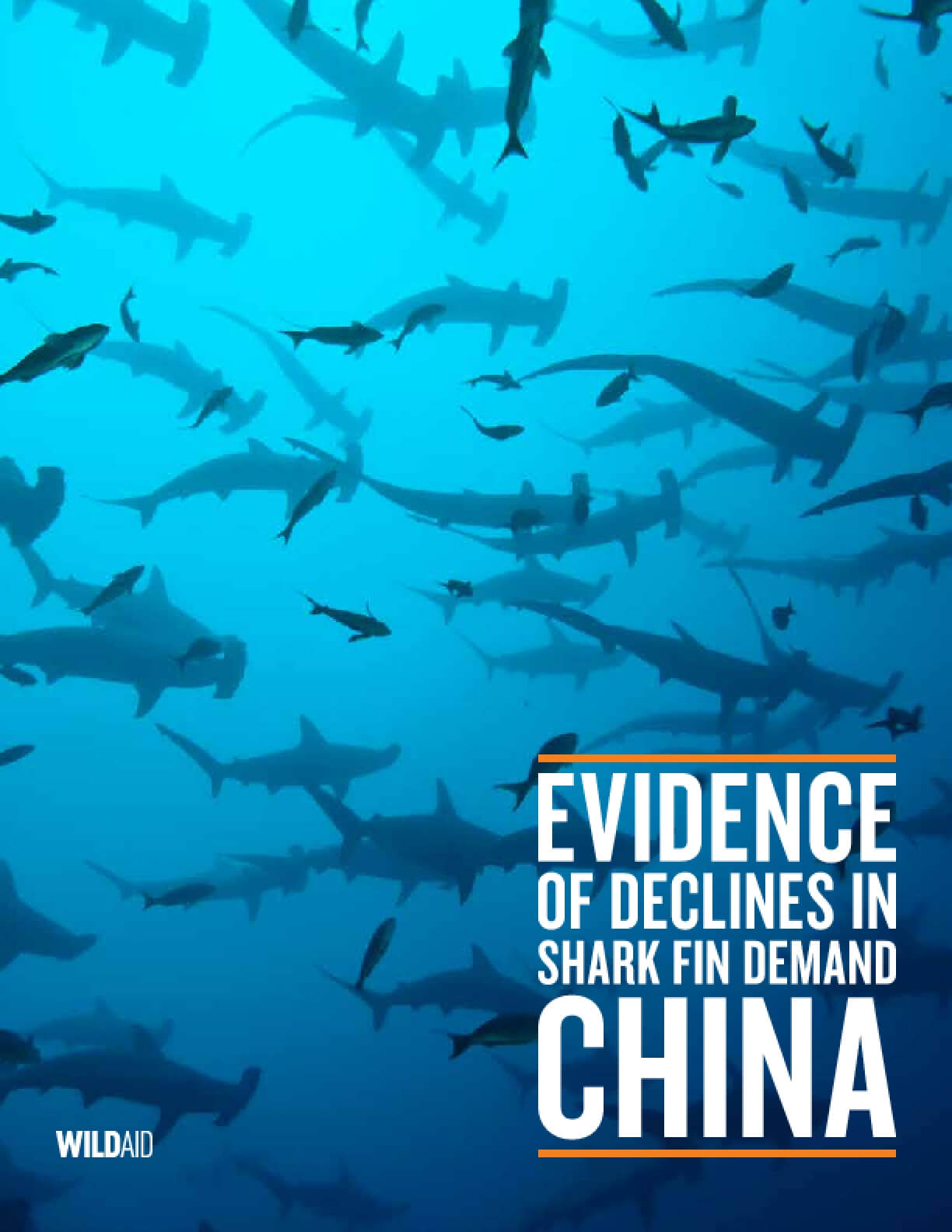