Guns are rarely used to kill criminals or stop crimes. In 2010, across the nation there were only 230 justifiable homicides involving a private citizen using a firearm reported to the Federal Bureau of Investigation's Uniform Crime Reporting (UCR) Program as detailed in its Supplementary Homicide Report (SHR). That same year, there were 8,275 criminal gun homicides tallied in the SHR. In 2010, for every justifiable homicide in the United Statesinvolving a gun, guns were used in 36 criminal homicides.3 And this ratio, of course, does not take into account the thousands of livesended in gun suicides (19,392) or unintentional shootings (606) that year. This report analyzes, on both the national and state levels, the use of firearms in justifiable homicides. It also details, using the best data available on the national level, the total number of times guns are used for self-defense by the victims of both attempted andcompleted violent crimes and property crimes -- whether or not the use of the gun by the victim resulted in a fatality. 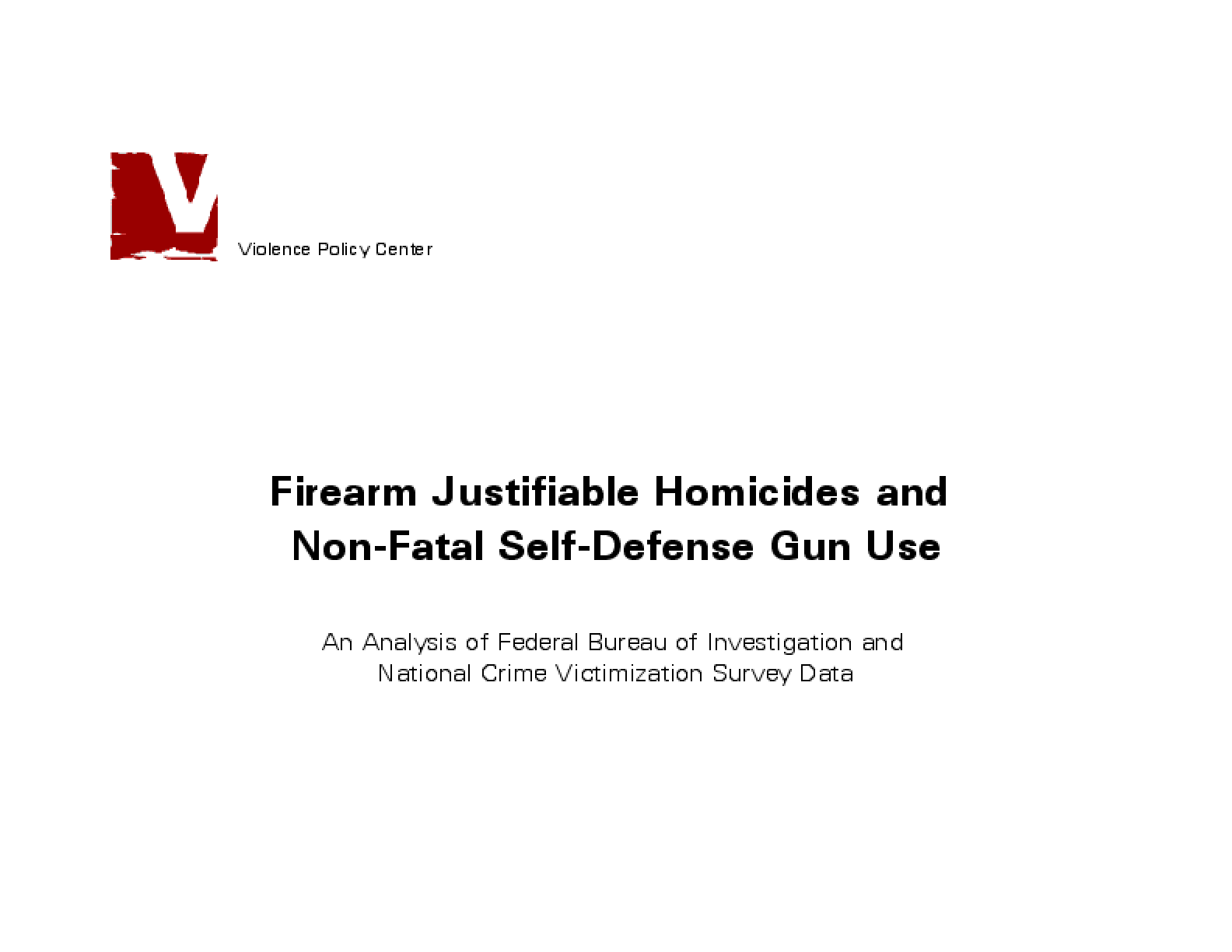