Foundations and the Ambiguity of Success and Failure : A Case Collection

The Hertie School releases its findings from an international research project "Foundation Successes and Failures: Implications for Policy and Management – Developing a Case studies Repertoire". Professor Helmut K. Anheier led the research project, which was made possible by the Robert Bosch Foundation. The project looks at 20 case studies of philanthropic foundations from a range of fields in seven countries including Germany, the United States and the United Kingdom. The primary intended purpose is to be used by foundation boards, foundation staff training and executive education. The vignettes may also serve teaching purposes at university master level programs, particularly in public policy and business schools. For example, several will become teaching cases at the Harvard Business School.

One major conclusion based on the collection of case studies is that 'success' and 'failure' are not as clear cut as it would appear. Any claims of failure or success should be approached with caution, and there are no simple solutions for high impact results or maximized philanthropic contributions. Despite ambiguity, planning and performance measures are better than none at all. A fuller analysis will be forthcoming as a book in 2017 published by Helmut K. Anheier and Diana Leat (London: Routledge). 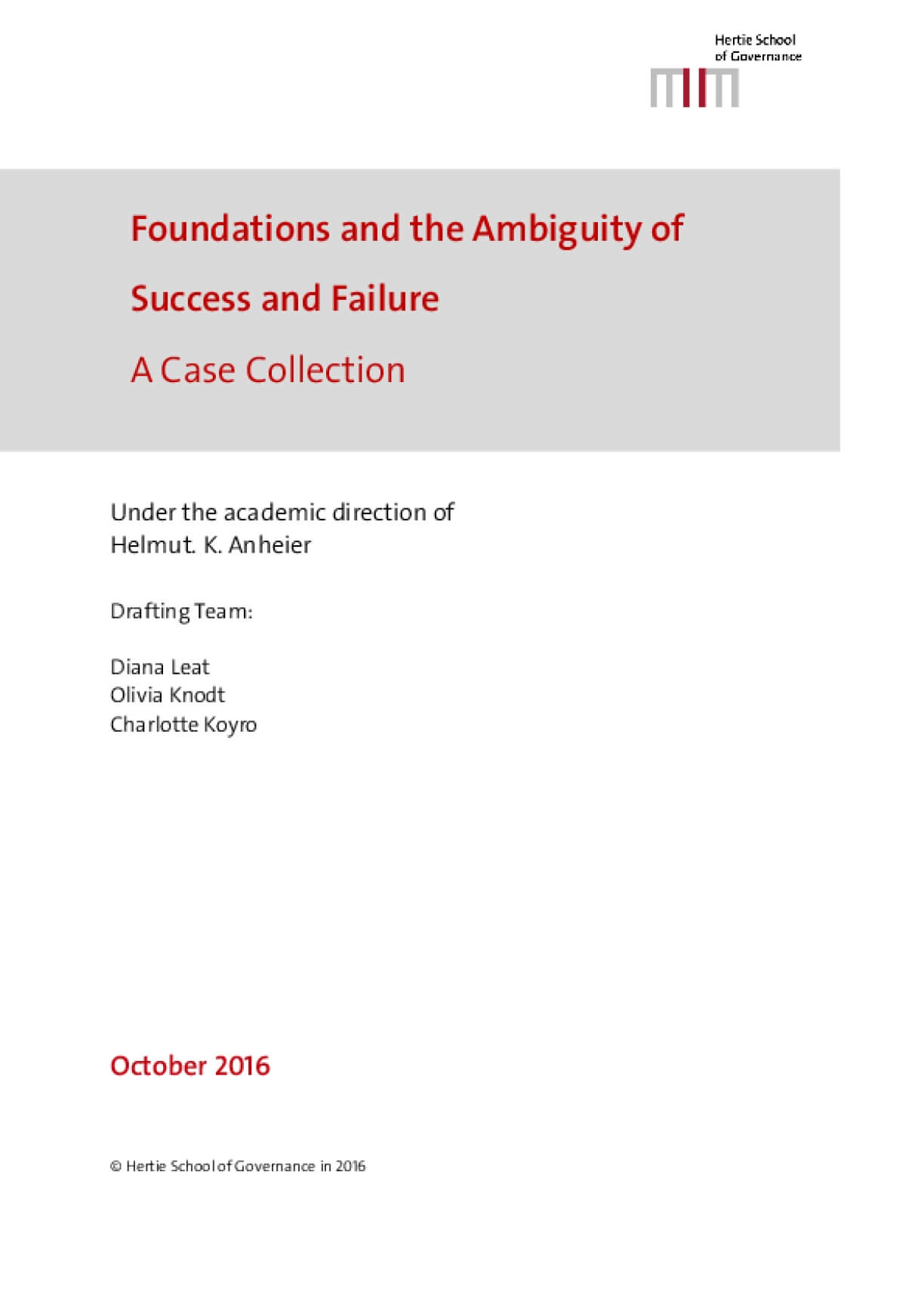