In times of war or threats to national security, the delicate balance we strive to achieve as a nation between liberty and security inevitably tips towards security, and civil liberties tend to be compromised. In the aftermath of the horrific events of September 11, 2001, our leaders have begun exercising extraordinary powers to ensure our collective safety, sacrificing the personal liberties of some, particularly immigrants, in the process. Using invigorated surveillance and enforcement powers to promote homeland security, President Bush, Congress, and the Justice Department have selectively targeted and indefinitely detained significant numbers of Muslim, Middle Eastern, and South Asian non-citizen males living in the United States, stripping them of the most basic and fundamental due process protections. This increased scrutiny has caused significant apprehension among other immigrants, too. 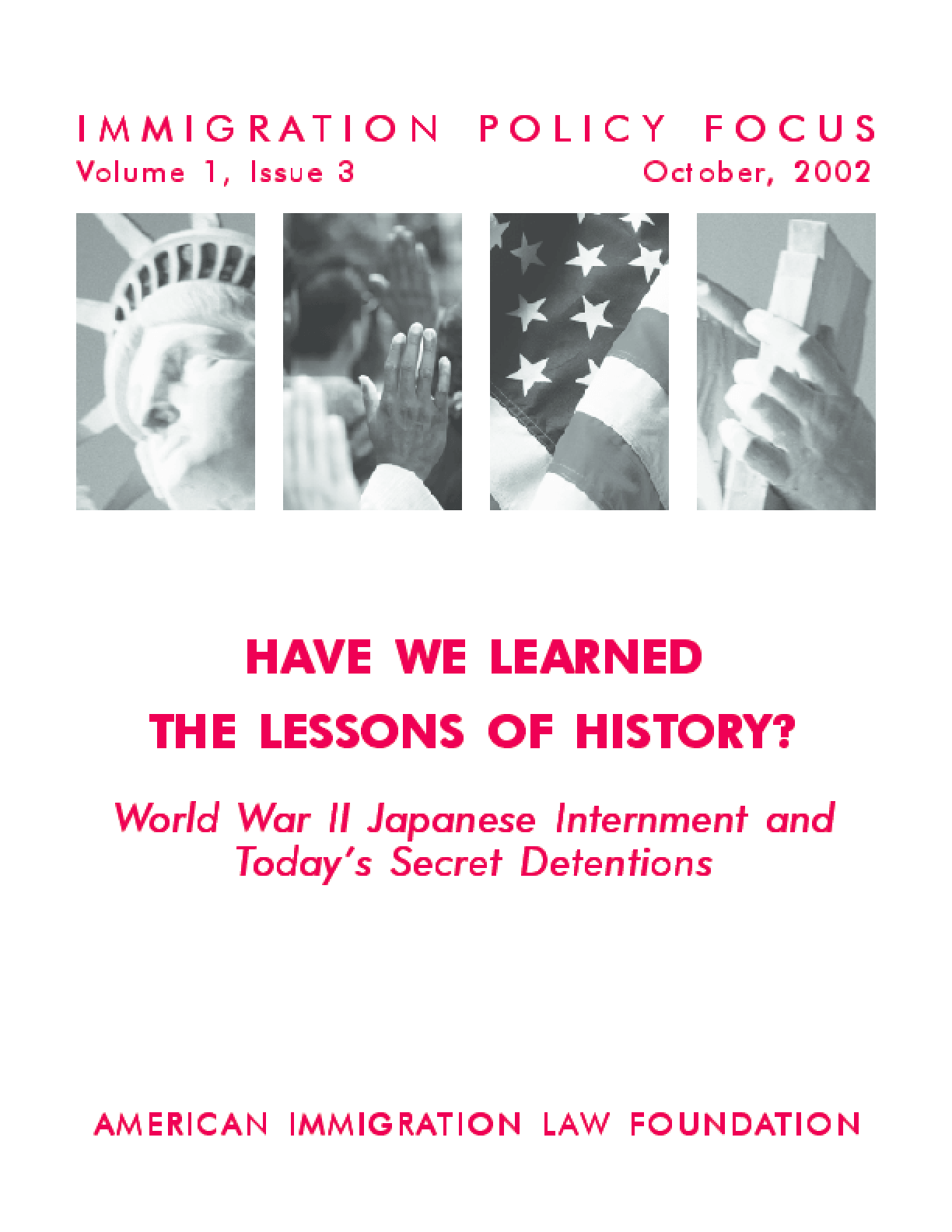