Domestic workers play a significant role in the California economy, yet these workers are vulnerable to substandard employment because their work is both invisible and largely excluded from employment protections. Nannies, caregivers, and housecleaners, hired directly by their employers, are not subject to a range of protections that apply to other workers. They are excluded from the federal right to organize and bargain collectively and health and safety law. Many are also excluded from workers' compensation, rights to overtime pay and meal and rest breaks, and anti-discrimination laws.

The work of nannies, housecleaners, and caregivers is notoriously difficult to document because of the hidden nature of the work, and it is this isolation that renders domestic workers vulnerable to substandard working conditions. In part to address the lack of systematic data on domestic work and workers, the National Domestic Worker Survey was conducted in 14 cities. The sample analyzed in this report includes 631 domestic workers in four metropolitan areas in California: Los Angeles, San Diego, San Francisco, and San Jose. 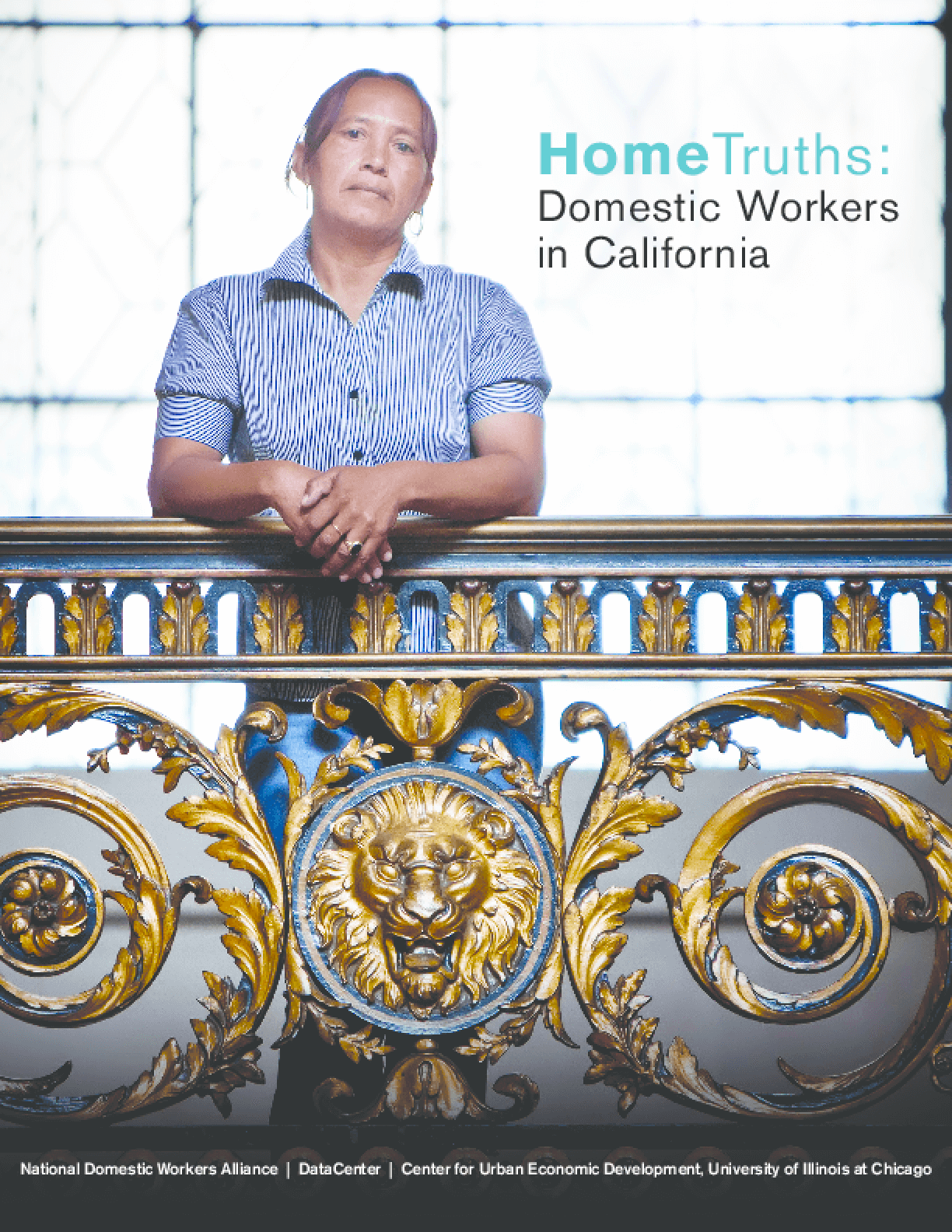