Individual giving in India, Russia, the Arab region and Brazil

Individual giving in India, Russia, the Arab region and Brazil is part of PSJP's Philanthropy Study. Previously the study has focused on producing a series of papers on philanthropy in four emerging market countries/regions – India, Russia, the Arab region and Brazil. These studies have taken a broad view of philanthropy, encompassing everything from individual giving (by the very wealthy and by people of more modest means, including crowdfunding) to giving by private and corporate foundations, CSR, community philanthropy, social justice philanthropy, self-funded movements and impact investing.

The current paper looks at individual giving by ordinary people in these countries/ regions in more depth. Seen as an area of great promise in India and Russia, it is at an earlier stage in Brazil. In the Arab region giving to the social sector is barely making headway, though traditional giving is very much alive. 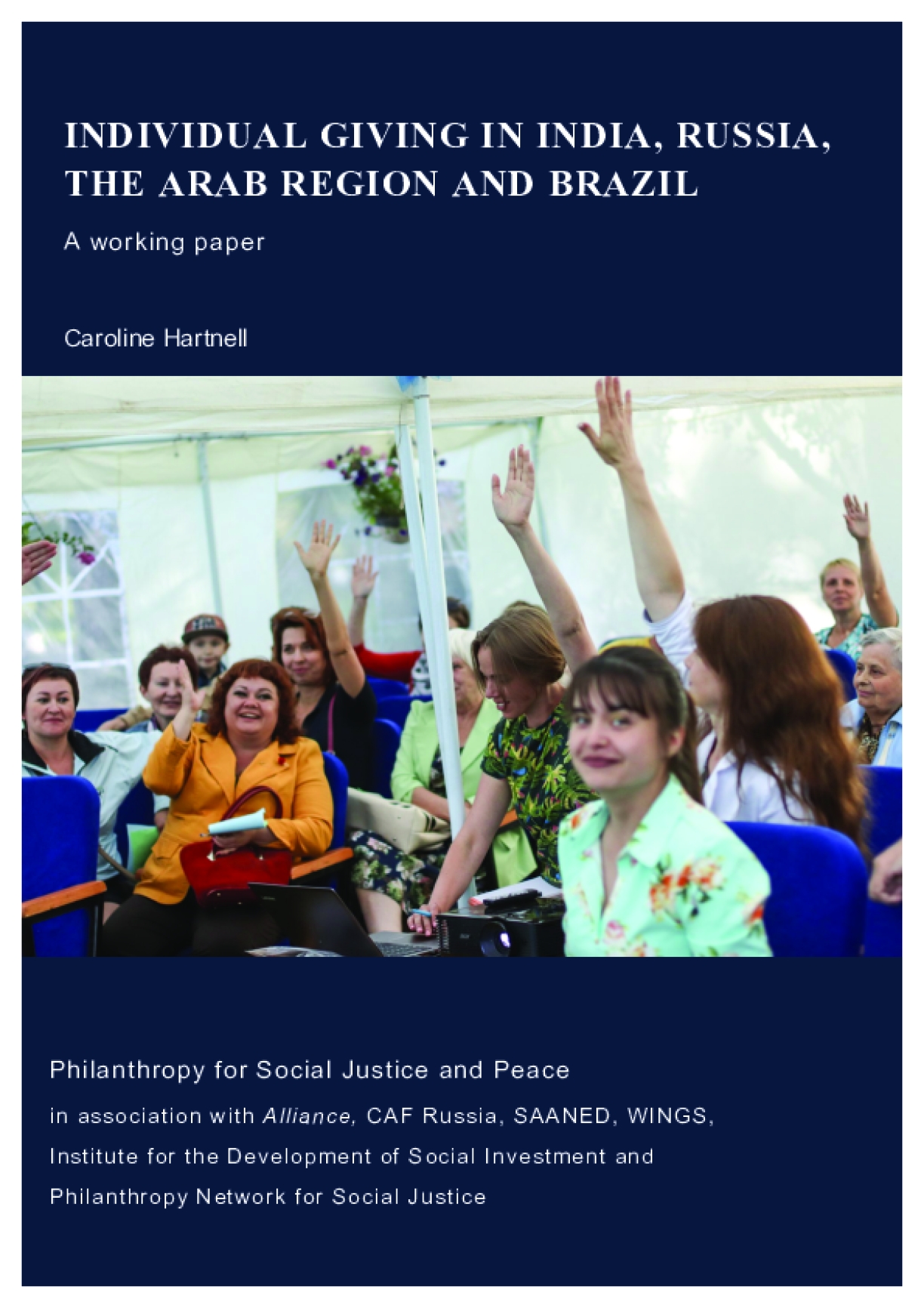