Invisible Majority: The Disparities Facing Bisexual People and How to Remedy Them

During the past decade, the United States has witnessed growing understanding and acceptance of lesbian, gay, bisexual, and transgender (LGBT) people and increased legal protections based on sexual orientation and gender identity. Rarely, however, have the experiences and lives of bisexual people, who comprise more than half of the entire LGBT community, been explicitly considered in the social or legal narrative. Rather, bisexual people are frequently swept into the greater lesbian, gay, and bisexual (LGB) community, their specific disparities made invisible within data about the LGB community as a whole.

Invisible Majority: The Disparities Facing Bisexual People and How to Remedy Them focuses on the "invisible majority" of the LGBT community, the nearly five million adults in the U.S. who identify as bisexual and the millions more who have sexual or romantic attraction to or contact with people of more than one gender. The report provides an overview of current research so we can better understand those who comprise the largest share of the LGB population. It also examines how bias, stigma, discrimination, and invisibility combine to create serious negative outcomes for bisexual people, and it provides concrete recommendations for change. Finally, sidebars throughout the report highlight the lived experiences of bisexual people—and the pervasive discrimination and key disparities they face. 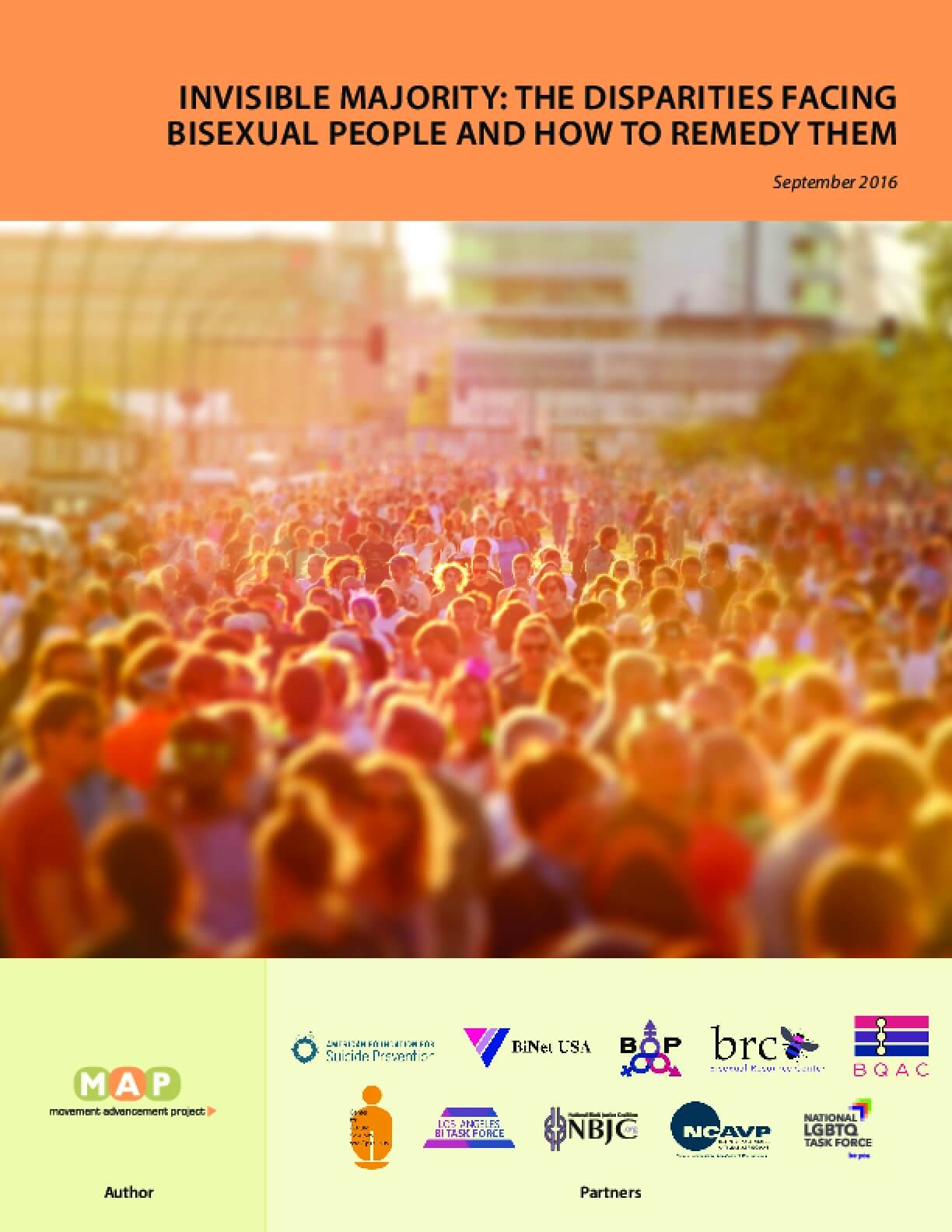