To rigorously consider the impact of new media on the political and civic behavior of young people, The MacArthur Research Network on Youth and Participatory Politics (YPP) developed and fielded one of the first large-scale, nationally representative studies of new media and politics among young people. The two principal researchers for the survey component of the YPP, Cathy J. Cohen of the University of Chicago and Joseph Kahne of Mills College, oversaw a research team that surveyed nearly 3,000 respondents between the ages of 15 and 25 years of age. Unlike any prior study of youth and new media, this study included large numbers of black, Latino, and Asian American respondents, which allows for unique and powerful statistical comparisons across race with a focus on young people. Until now there has been limited opportunity and data available to comprehensively explore the relationship between new media and the politics of young people. One of the few entities to engage in this type of rigorous analysis has been the Pew Internet and American Life Project. The YPP study expands on this field-leading work by including an extensive battery of items addressing participatory politics and adequate numbers of participants from different racial and ethnic groups, thus allowing for analysis of how different groups of young people were engaged with new media in the political realm. The YPP study findings suggest that fundamental changes in political expectations and practices may be occurring -- especially for youth. The analysis of the data collected reveals that youth are taking advantage of an expanded set of participatory practices in the political realm in ways that amplify their voice and sometimes their influence, thus increasing the ways young people participate in political life. The YPP researchers label this expanded set of opportunities and actions participatory politics. 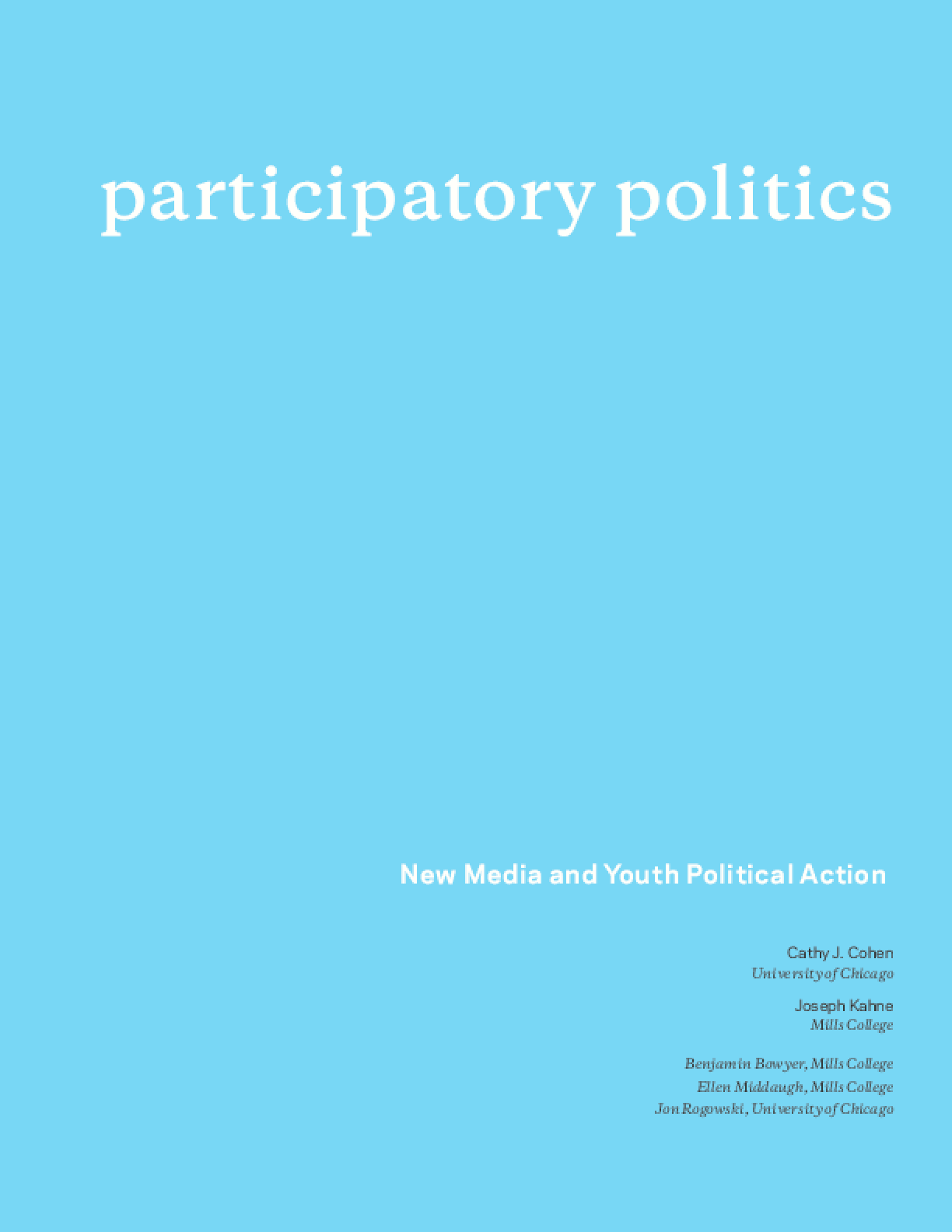