As Chicago waits to hear whether it will be chosen to host the 2016 Olympics, it is important for housing advocates to be aware of how housing rights have been impacted in other Olympic host cities around the globe. While the Olympics are an opportunity to showcase a city to the world, the development that comes with hosting the games can often have very negative consequences, particularly for poor and marginalized people. Looking at the past 20 years of experiences of Olympic host cities, what is revealed are some rather devastating impacts on housing rights. In fact, all cities that have hosted the Olympic Games suffer similar negative consequences. 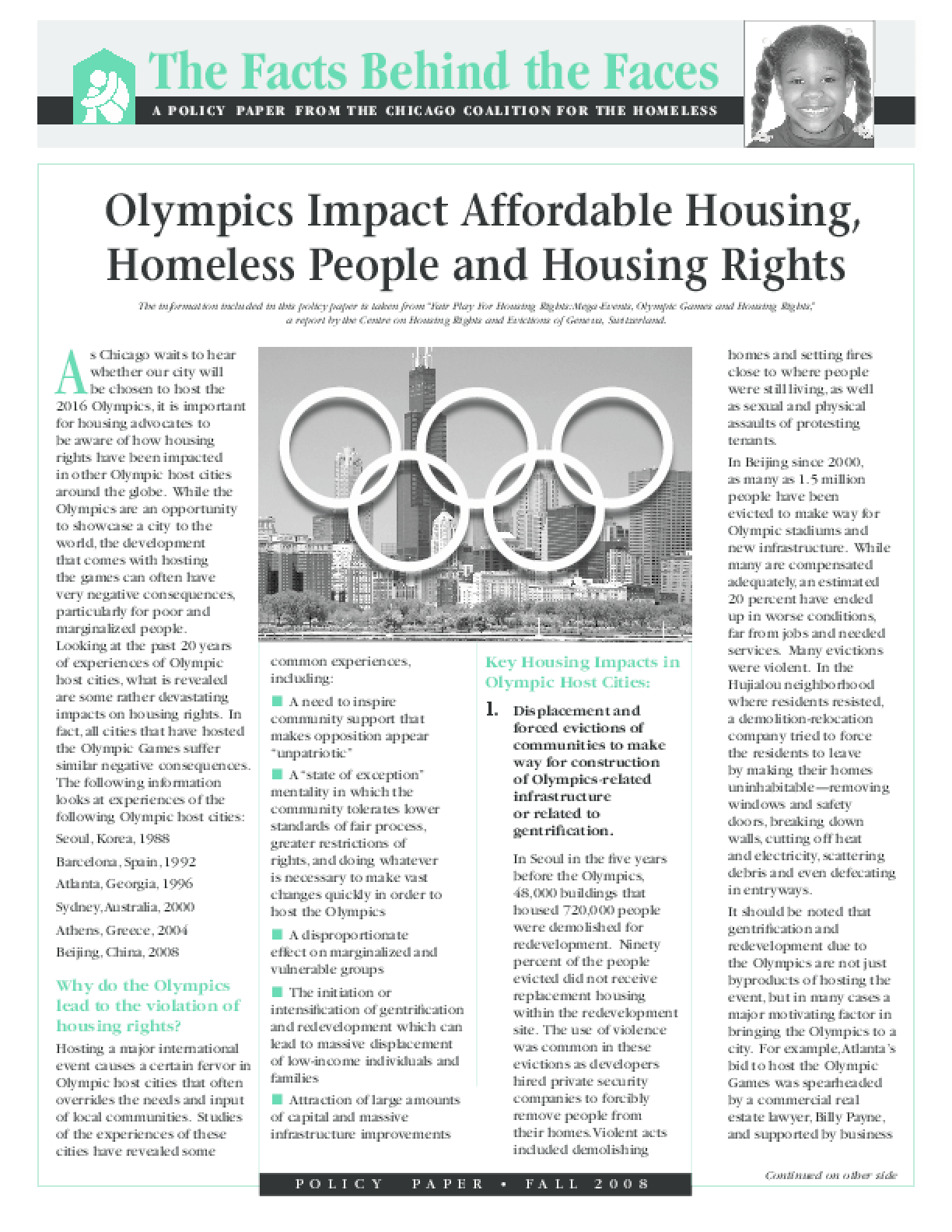