Since 2010, Orange County has largely recovered from the economic downturn and remains a relatively well-educated community with high rates of private insurance coverage overall. Socioeconomic variation persists in this county, with the number of low-income residents growing and a large jump in the proportion of the population that gained Medi-Cal coverage under the Affordable Care Act (ACA). Other key findings include: 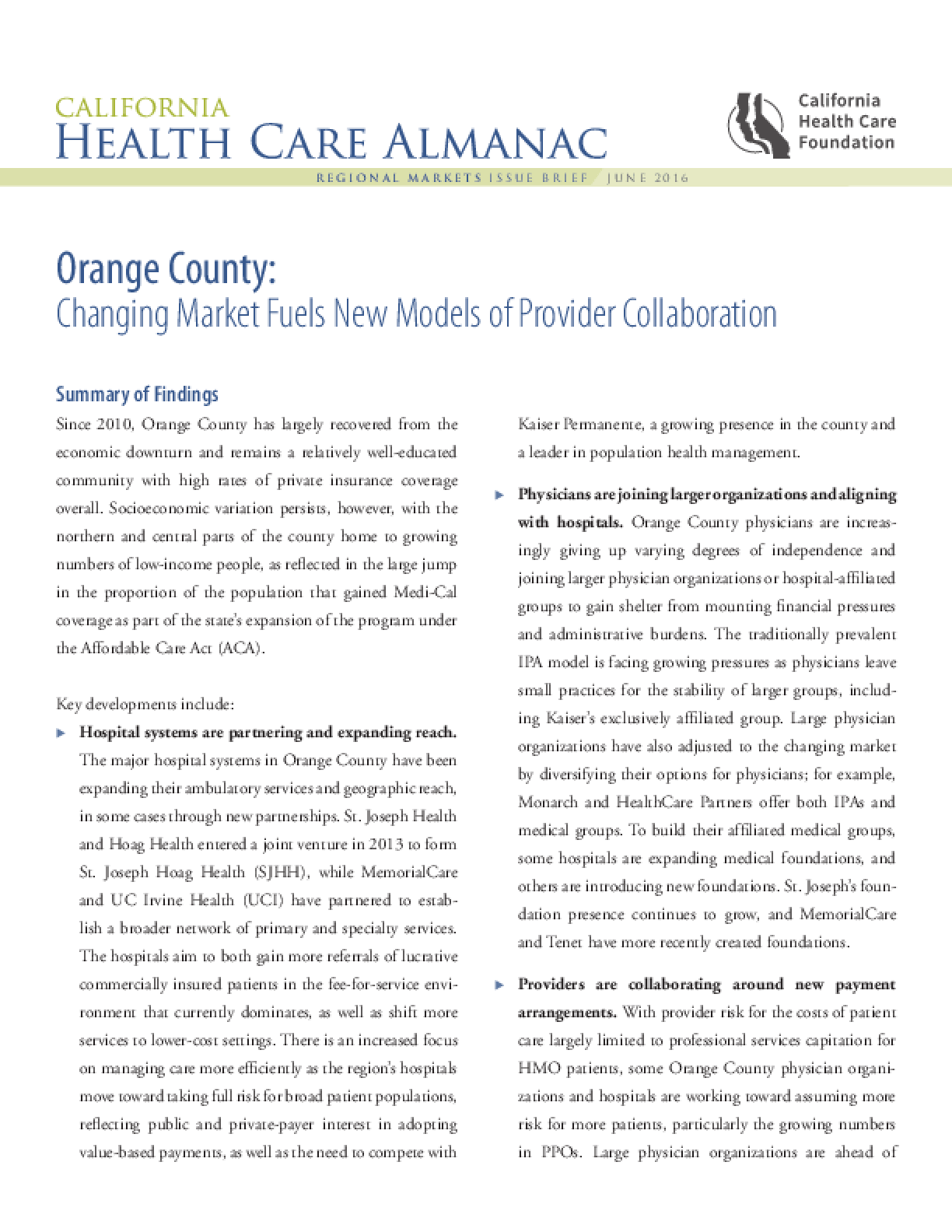