Paying for Local Infrastructure in a New Era of Federalism: A State-By-State Analysis

Despite the fact that infrastructure is a critical part of daily life for all Americans, the infrastructure deficit in the United States grows with each passing day. The National League of Cities (NLC) today released a new report on the ability of cities to address the nation's growing infrastructure challenges. The costs of building, operating and maintaining road, transit and water/wastewater systems are falling increasingly to local governments with the decline of state and federal funding, an increase in mandates and a misalignment of priorities. In this era of "new federalism," local governments have assumed a greater responsibility to meet their infrastructure needs, but much of this devolution of responsibility has come without authority to raise funds locally.

"Paying for Local Infrastructure in a New Era of Federalism" shows that cities need a more deliberate approach that recognizes the central role of infrastructure in the success of our nation's economic engines. To achieve this, cities need strategic and predictable investment from federal and state governments; better communication between cities and states on funding priorities; and greater local authority to raise revenue and implement creative solutions with multi-sector partners.

"A new federalism - where cities are leading in addressing the nation's most critical challenges - is emerging," said Clarence E. Anthony, National League of Cities (NLC) CEO and executive director. "Despite the fact that cities have increased responsibility for our nation's infrastructure, most states limit the ability of localities to raise revenues to meet their communities' needs. It's critical that local governments have the funding and decision-making authority they need to bring our infrastructure into the 21st century, and enable American cities to be competitive on the global stage."

The report presents a state-by-state analysis and comparison of local tools to fund infrastructure, including local taxes and fees and emerging mechanisms such as state infrastructure banks and public-private partnerships. It is the second annual collaborative project with the state municipal leagues, and is based on federal, state and local government data as well as a survey and interviews with state municipal leagues. 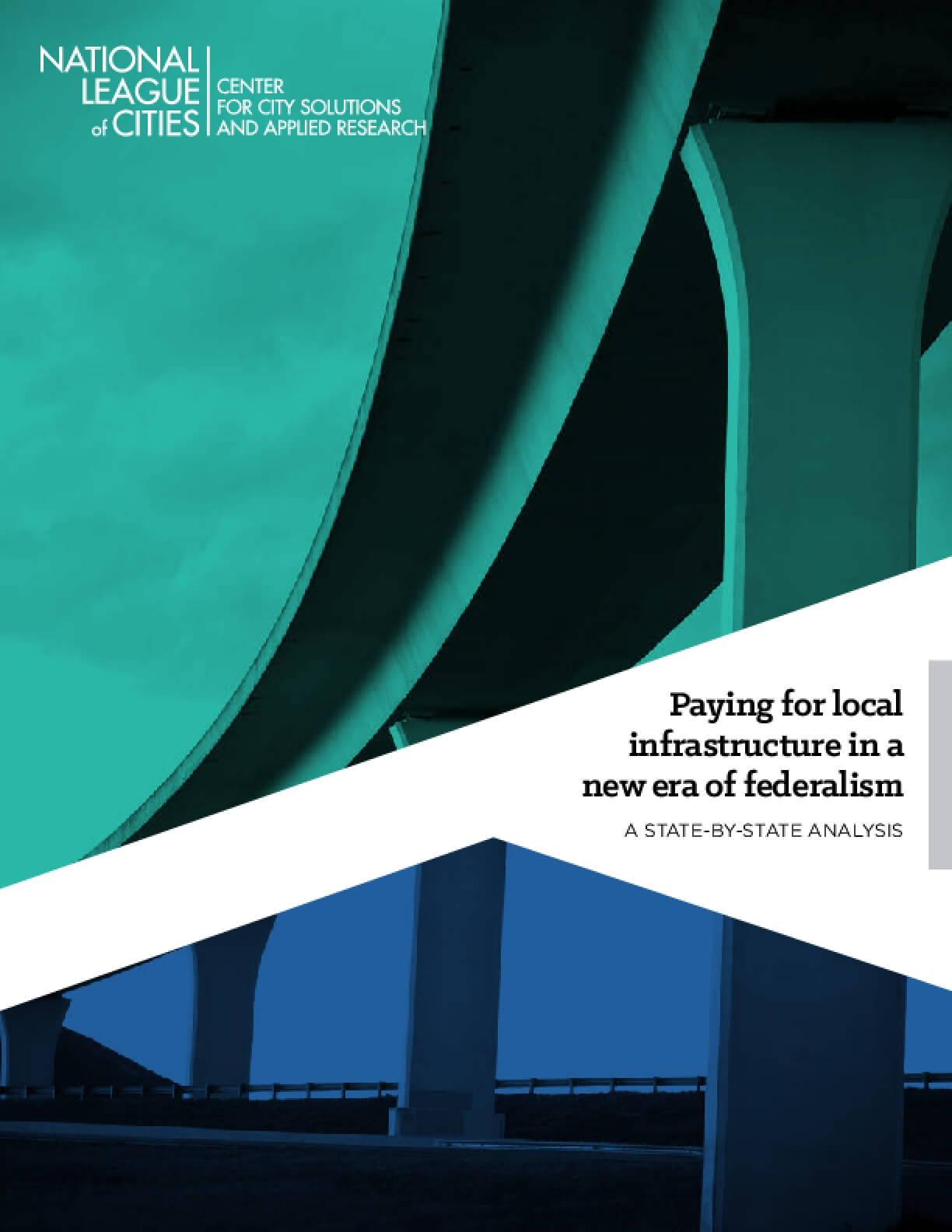