New York City's 1.4 million people age 60 and over consti-tute 17 percent of the city's total population. This number is projected to increase by 50 percent over the next 20 years. The vast majority of older adults live independently, requiring little to no assistance under routine conditions.

Yet over the last 12 years, New York City has experienced multiple catastrophic events. The 2001 attack on the World Trade Center, the blackout of 2003, Hurricane Irene, and, most recently, Hurricane Sandy, posed significant chal-lenges to older adults. A common denominator of these incidents was the loss of power and the disruption of sys-tems and services upon which older adults rely, including but not limited to transportation, communication, health care, elevators, and social supports. As a result, tens of thousands of older adults were isolated in high-rise build-ings and private homes, in need of food, water, warming or cooling, medical attention, and medication.

Efforts to increase individual preparedness among older people through the creation of "go-bags" and the stock-piling of supplies have been repeatedly undertaken but have not improved overall outcomes for older people following subsequent disasters in New York City. With extreme weather projected to increase, a new strategy is required to keep older adults, who are often among the city's most long-term, civically engaged residents, safe. 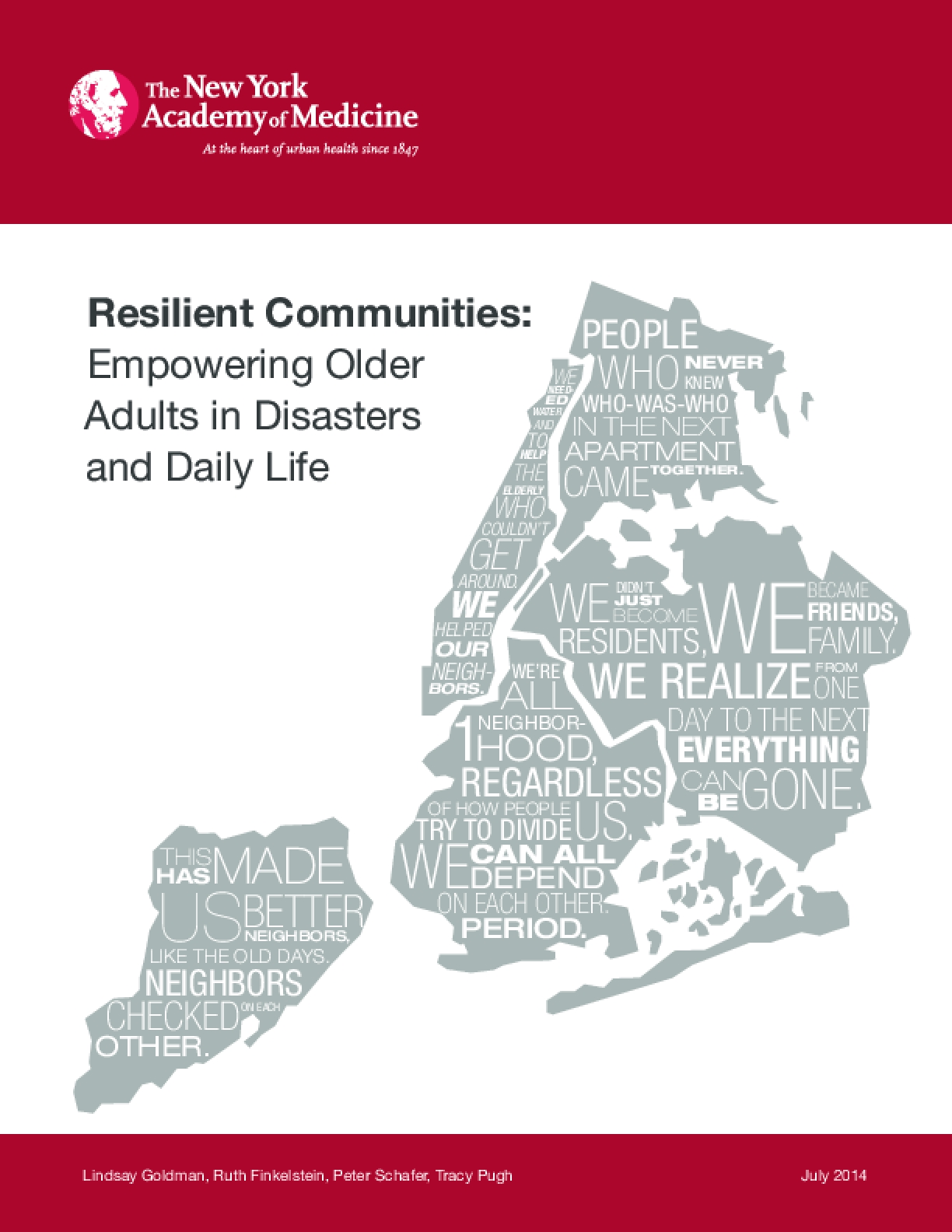