Since the last round of this regional study four years ago, the Bay Area's economy has continued to thrive, although there remain stark economic contrasts between the haves and have-nots. The analysis of the Bay Area health care marketplace reveals these developments: 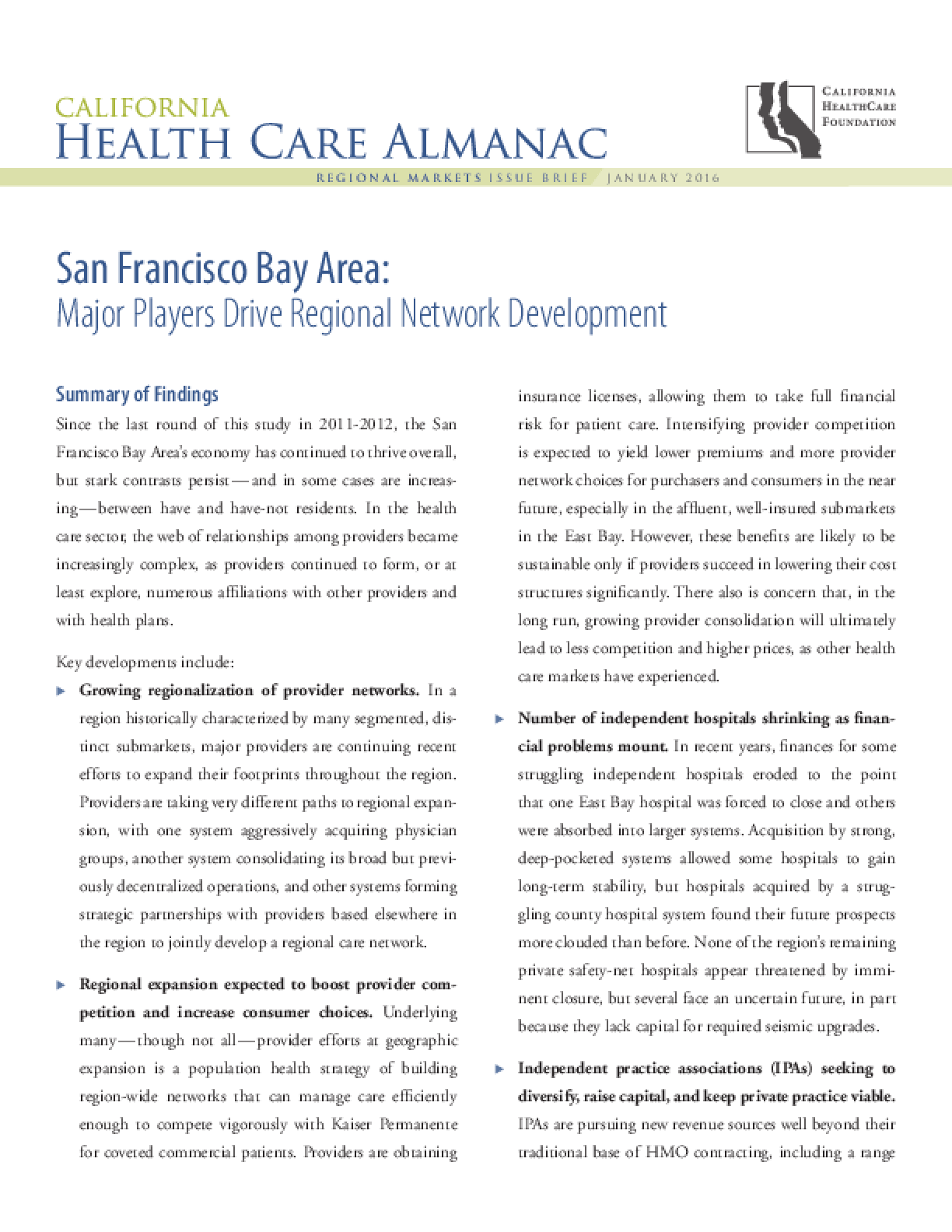