Single Mothers in College: Growing Enrollment, Financial Challenges, and the Benefits of Attainment

Single student mothers are growing in both absolute numbers and as a share of the college population. They often face significant financial and time-related obstacles that make it difficult for them to persist to graduation. Investing in programs and supports that target the needs of single mothers has the potential to improve their rates of college attainment, and increase earnings, which can lead to a range of multigenerational benefits. This briefing paper provides data on single mothers in postsecondary education and discusses the potential benefits of increasing their college attainment rates for individuals, families, and society as a whole. 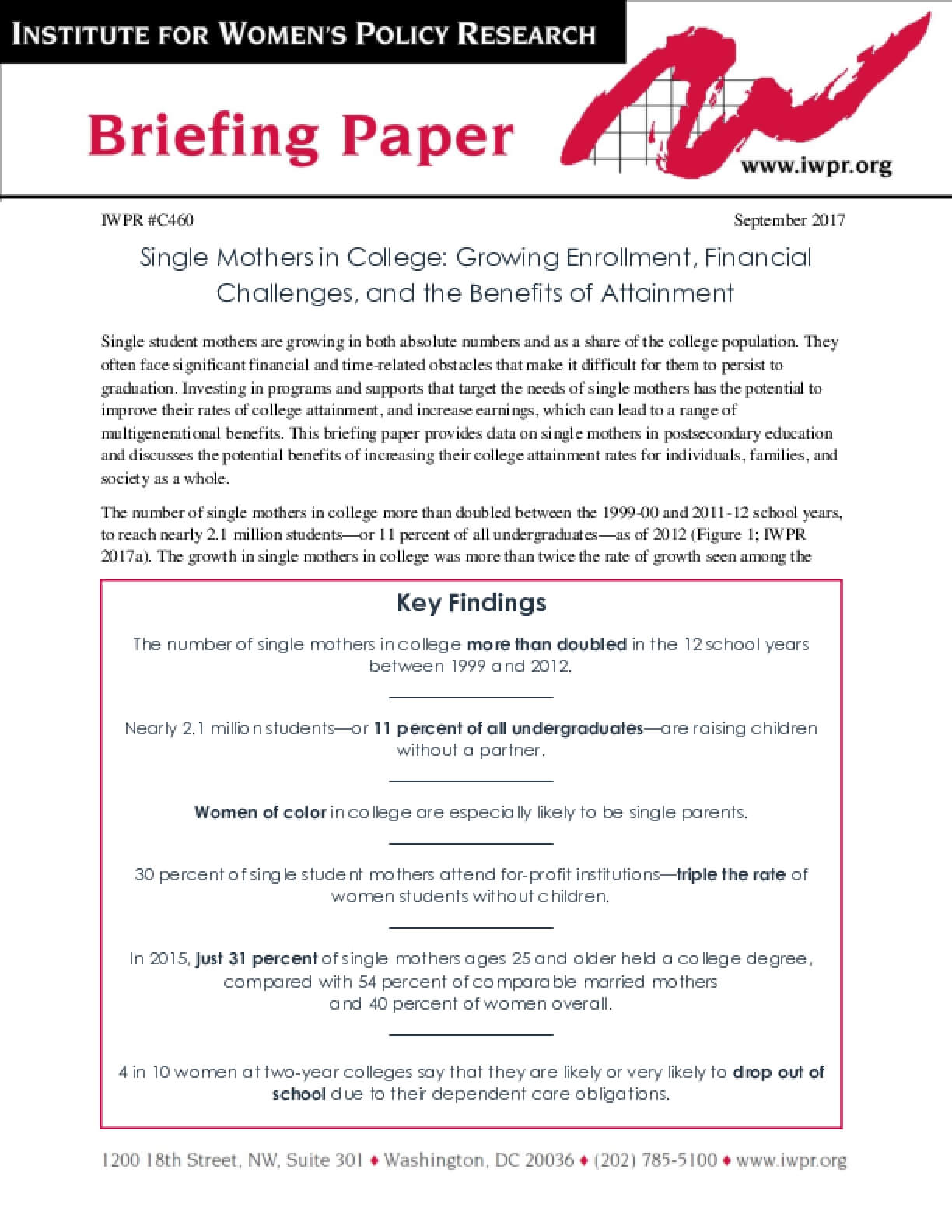