Social cohesion has been described as "a sense of community", and "how people live and work together". It's generally recognized that strong social cohesion makes for a more successful society and that individuals living in a socially cohesive society benefit from the advantages conferred by such a society. The Social Cohesion Radar looks at trends over the past quarter of a century in social cohesion in 34 different countries. With the help of this ambitious tool, we can see which societies have been able to bring people together even during hard times, and in which societies cohesion has declined. This study measures cohesion and we offer a transparent summary of our findings. There are many different ways of achieving cohesion and that every country has its strengths and weaknesses. A comparison of countries at different points in time tells us about the factors that affect cohesion, either negatively or positively. The researchers have completed an international comparison of the factors affecting social cohesion and studied the effects on society of a high level of social cohesion. 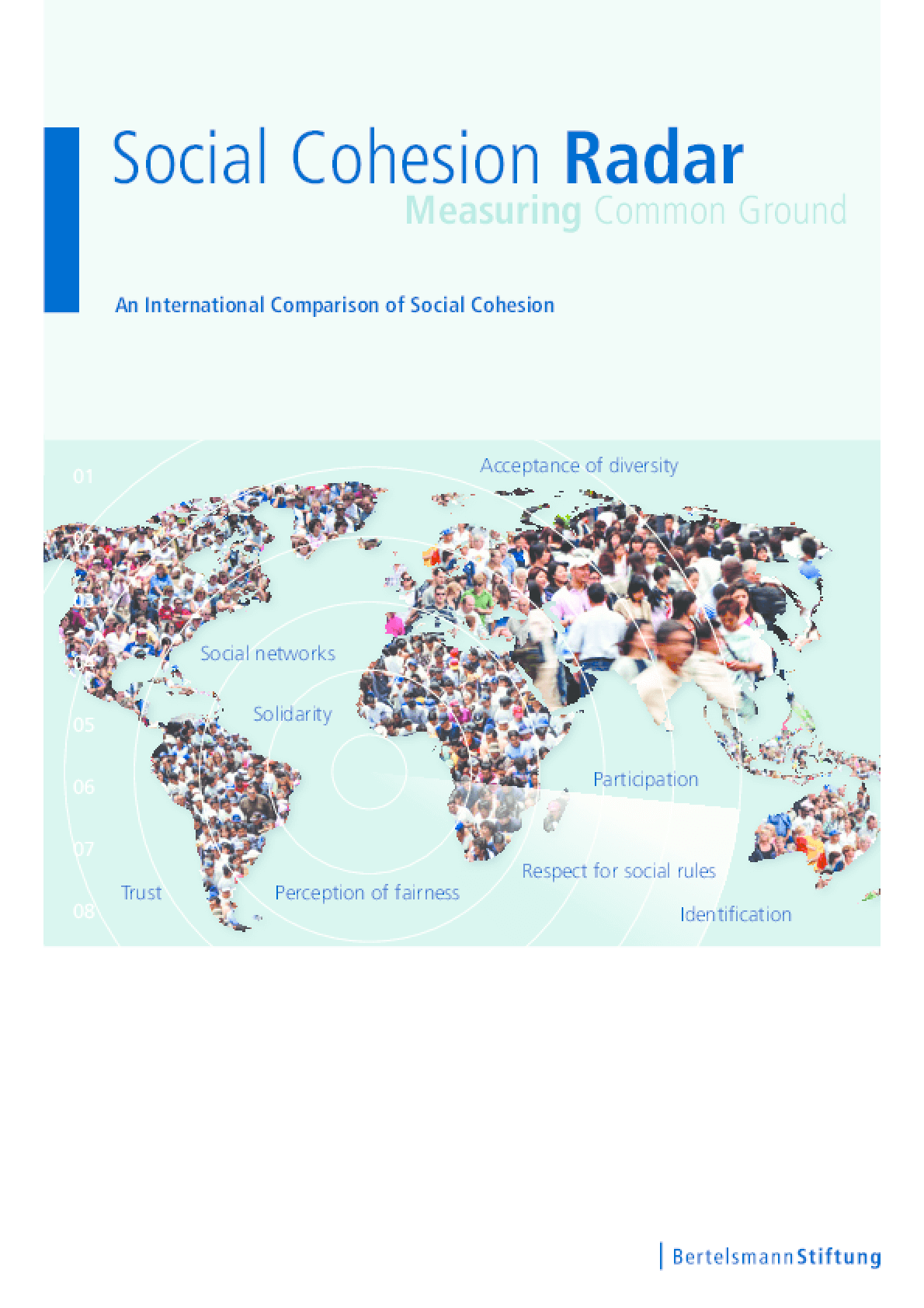