The GLSEN Research Department conducted an evaluation of the New York City Department of Education's (NYC DOE) Respect for All training program for secondary school educators. The two-day training program, which was one component of the NYC DOE's Respect for All initiative, was implemented so that every secondary school in the district had at least one staff member who could support lesbian, gay, bisexual, transgender, and questioning (LGBTQ) students and combat all forms of bias-based bullying and harassment, particularly bias based on sexual orientation, gender identity, and gender expression.

In order to evaluate Year One of the training program, GLSEN surveyed 813 educators who participated in the training at three times -- before the training, six weeks after, and six months after. Training participants were also compared to educators who had not yet completed the training. Focus groups were conducted in order to gain a greater, in-depth understanding of participants' experiences in the training. Key findings are listed below.
Compared to before the training, after the training educators demonstrated increased:In addition, compared to educators who had not yet participated in the training, those who had participated in the training indicated higher levels of:Findings from the Year One evaluation demonstrate that this training program is an effective means for developing the competency of educators to address bias-based bullying and harassment, and to create safer school environments for LGBTQ students. The findings suggest that providing such training to all school staff, including administrators, would result in an even stronger effect on the school environment. Furthermore, ensuring sufficient opportunities for developing educators' skills in intervening in anti-LGBTQ behaviors could enhance the effectiveness of trainings. To maintain the benefits of training, staff should receive continued and advanced professional development opportunities related to supporting LGBTQ students and combating bias-based bullying and harassment. 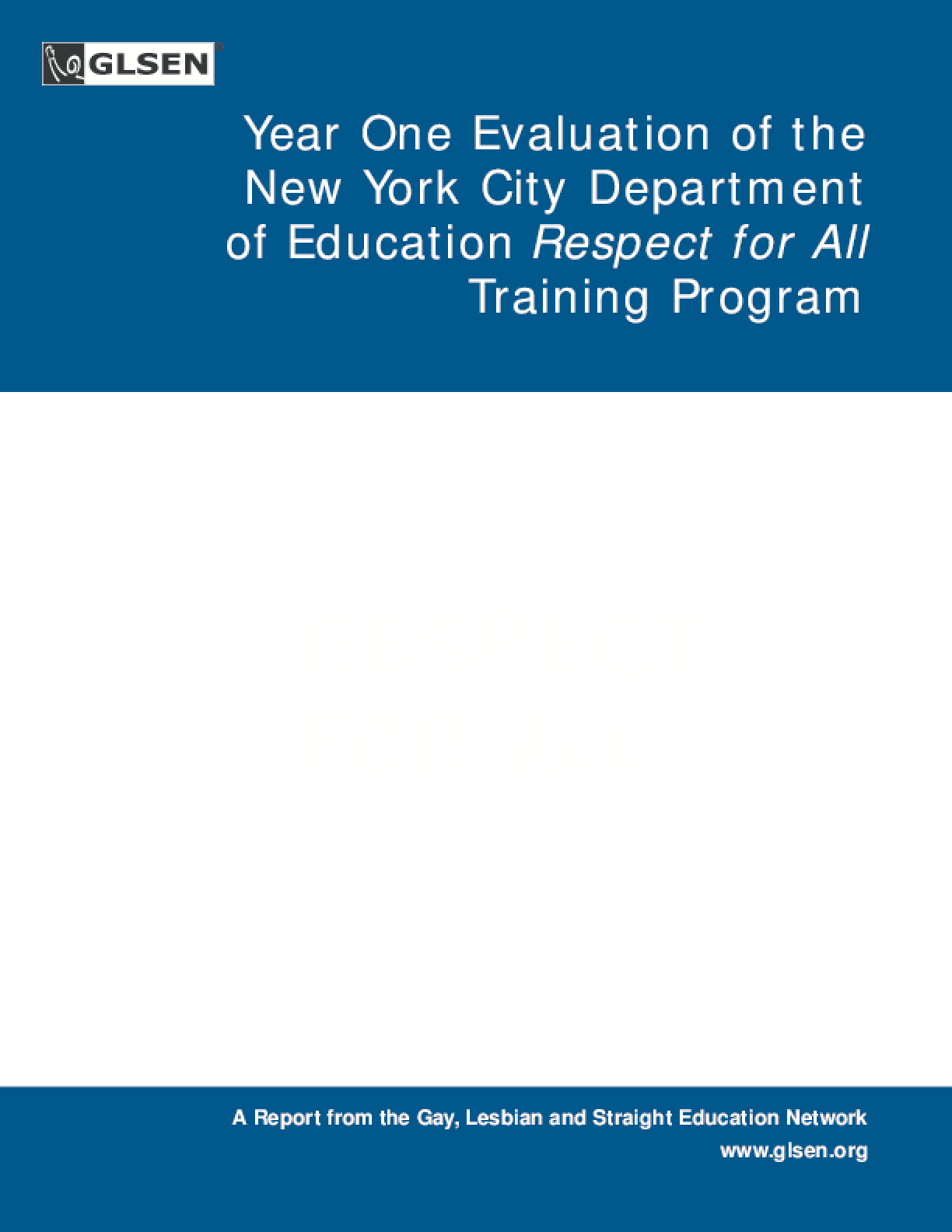